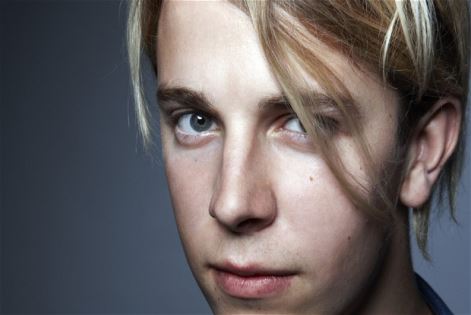 These exceptional artists will be appearing alongside the award winning rock trio Biffy Clyro who headline the Main Stage with an English Festival exclusive on Friday 13th June, ahead of Calvin Harris who closes the night. On Saturday 14th June, the legendary Red Hot Chili Peppers bring a UK & Ireland exclusive performance to the Main Stage and this will be their ONLY UK show! Tennessee four piece Kings of Leon then make a much-anticipated Festival exclusive return to the Main Stage on Sunday 15th June rounding off another unmissable Isle of Wight Festival.

Tom Odell said: “When I was a bit younger, I used to climb up on the hill near to where I grew up and stare at the Isle of Wight. I remember knowing that a grand music festival was held on the island every year, and I dreamed at some point I would be there, playing. That day has come and I am thrilled."

John Giddings, the Festival’s promoter said: “It just gets better and better. We are honoured that these incredible artists are coming to our Festival to kick off the summer festival season in style.”

With an impressive collection of hits to their name, the iconic band, Suede now bring a very special live performance to the Festival. Multi-platinum, Grammy-nominated Chicago rockers Fall Out Boy are making their debut appearance on the Main Stage. Having just secured her first number 1 album, Katy B knows how to get the crowd on their feet so don’t miss her special performance in the Big Top. Next up, making his Isle of Wight Festival debut is the incredible Tom Odell, plus a welcome return from Starsailor, who are back for an exciting show at the Festival this summer.

Also appearing will be The Pretty Reckless, featuring Taylor Momsen, star of hit TV show Gossip Girl. What’s more we’ll have performances from the talented Alison Moyet and singer songwriter Ella Eyre, whose collaboration with Rudimental scoped the top of the charts last year. Across the weekend festivalgoers will be treated to sets from the iconic Boy George, unstoppable rock & roll quartet The Struts and the critically acclaimed Anna Calvi. And if that wasn’t enough, hot newcomers Amber Run, much loved Manchester band Inspiral Carpets and tribute band The Doors Alive will all be there… Roll on June!

Published on 24 February 2014 by Ben Robinson