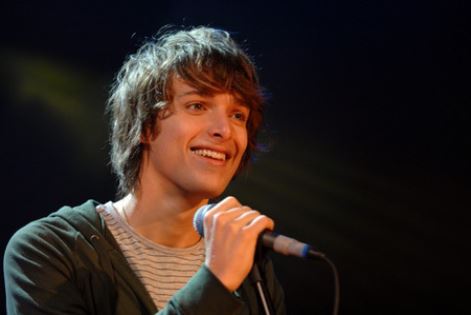 Festival organisers DF Concerts and founding partner Tennent’s Lager are hugely excited to confirm today that Paolo Nutini will return to T in the Park this summer.

The singer-songwriter today becomes the 2nd act to join the festival bill - which also features previously announced headliners Arctic Monkeys - with further line-up details due to be revealed by organisers tomorrow (Tuesday 25th February).
Paolo Nutini returns this year with a career defining new album that showcases his maverick talent and incredible vocal prowess with a maturity way beyond his 27 years. He exploded onto the scene in 2006 with his pop flavoured These Streets selling 1.5 million in the UK. Three years later he moved on again, with the acclaimed Sunny Side Up. Brit nominated and an Ivor Novello winner, he was the biggest selling UK male artist of 2009 and 2010 and will showcase his groove-laden new material from his sparkling new album Caustic Love in his first return to T in the Park since 2010.
With this exciting addition to the line-up, T in the Park 2014 is already shaping up to be an unmissable weekend.

Published on 24 February 2014 by Ben Robinson