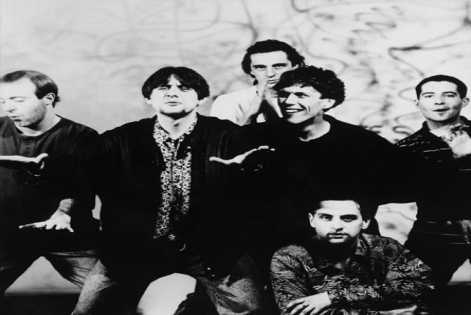 We’ve already got an incredibly jam-packed show of wondrous goodness in store at this year’s Camp Bestival, including the mighty Hot Chip headlining Friday night and some serious Saturday Night Fever action with a triple whammy of superfunk from the Earth Wind & Fire Experience featuring Al McKay, Chic featuring Nile Rodgers and Kool & the Gang, so get yourself ready for some brilliant news, as we unveil our ace Sunday night headliners! Plus there’s even more festi-holiday marvels to be had on the Jurassic coast at the end of July, including more live acts and DJs and the hugely popular East Lulworth Literary Institute which, as ever, is brimming with highbrow high jinks!
Rob da Bank says: “I'm amazed this band are coming to Camp Bestival. The Happy Mondays are one of those iconic British outfits that perfectly capture all that's best about our musical make up...indie, dance, rave, pop and Shaun Ryder’s lyrical wit. I grew up dancing like a rubbish Bez to the Mondays and fully intend to indulge in some creaky freaky dancing some the Sunday night of Camp B..Hope you'll join me.”
Featuring their original and definitive line-up, back together for the first time in 19 years, we are overcome with loose-limbed euphoria to be able to announce that legendary Madchester trailblazers Happy Mondays will be headlining Sunday night at Camp Bestival. So you can expect to hear classics like Step On, Kinky Afro, Hallelujah, 24 Hour Party People and more to keep you freaky dancin’ to the very last in the shadow of Lulworth Castle. All we can say is yippee-ippee-ey-ey-ay-yey-yey!
The Happy Mondays’ Sean Ryder said: "Me and the band are mega excited to be playing at Camp Bestival. We have heard the crowd are amazing, and we will definitely put on a great show."
Loved by the nation for their infectious smash Staying Out For The Summer and with a critically acclaimed new album endearing them to our hearts once more Dodgy will be providing the perfect summer sing-along.
There’s plenty more musical action coming your way too, with rocksteady rudeboy Little Roy whose Battle for Seattle album covering classic Nirvana tracks in his own inimitable style has seen him enjoying huge critical acclaim. Plus there will be live sets from bass explorer Redlight, Wretch 32 collaborator Josh Kumra, up and coming singer songwriter Ryan Keen and LA hipster-hippie Jenny O.
Ensuring that those delicious disco vibes last across the entire weekend we’ve got a host of amazing DJs to announce including the irresistible and all-conquering 2 Bears, whose recent Be Strong album has been getting almost everybody everywhere pretty hot and bothered. Anyone who saw his mammoth set at camp Bestival will be overjoyed to hear that the incomparable Mr Scruff will be manning the decks for another epic session of madcap mayhem. Plus there’s the extremely welcome return of reggae stalwart DJ Derek, cutting edge joy from Maya Jane Coles, blistering bassline salvos from Gemini, beat alchemy from Luv*Jam and underground action from Dave Hornby the man behind Bournemouth’s renowned Shake.
Also over the moon to be able to announce that the delightfully mischievous Dick and Dom will be making a much requested return visit to Lulworth Castle. Anyone who saw them wow the Castle stage crowds at last year’s show will be in no doubt that they’re in for an absolute treat of riotous fun and we can’t wait to see them again.
Scroobius Pip is shaking things up this year in his Satin Lizard Lounge spoken word line up. He’s confirmed guest hosting sets from two of London’s best spoken word nights in the form of Chris Redmond (Tongue Fu) and Joshua Idehen (Poejazzi)! Pip, Chris and Josh will be presenting the likes of John Berkavitch, Jodi Ann Bickley, John Osborne, Alex Gynther and John Sinclair who will be sharing the finest selection of their latest word craft.

Published on 24 February 2012 by Ben Robinson