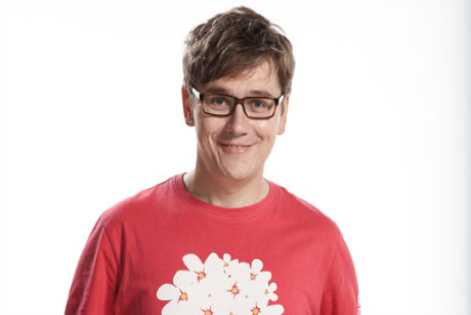 As Xfm celebrates twenty years broadcasting in London John Kennedy, will be in conversation with Jon Hillcock, at The Great Escape in Brighton this May, discussing his 22 years supporting new bands on the radio, and his 13 years fronting 'Xposure'.

Xfm began staging regular ‘RSL broadcasts’ (on air for a month at a time) in 1992, before becoming a permanent fixture on London’s airwaves in 1997, and going live on FM in Manchester in 2006. John Kennedy became involved in Xfm in 1992, and is the only DJ to have been with the station full time ever since it became a fully-fledged broadcaster in 1997. His nightly ‘Xposure’ show has given early support to countless great artists over the years, many of whom performed at TGE over the years, including Adele, The XX and Kate Nash.
John Kennedy will be one of a number of music and media people to feature in the In Conversation strand as part of The Great Escape convention programme this May. The convention will again bring together thousands of music business practitioners from across the UK, Europe and the rest of the world, who will enjoy a packed schedule of panels, debates, keynotes and interviews. This is run alongside The Great Escape festival programme, Europe’s leading festival for new music.
Jon Hillcock, host of the popular New Noise podcast and a regular voice on BBC 6music, began his radio career as an intern on ‘Xposure’. Commenting on the prospect of interviewing his former boss, Hillcock says: “It's thanks to John Kennedy that I work in music radio. Listening to John's programmes, and the way they seek out the different, celebrate the unorthodox and champion the new - irrespective of genre, geography or agenda - fundamentally shaped and enhanced the way I listen to music, full stop. I can't wait to ask him the questions I've always been too scared to ask”.
Chris Cooke, Business Editor of CMU and Convention Programmer for TGE, says: "As the internet finally reaches the kitchen and the car dashboard, radio is about to undergo its big decade of change. What does this mean for radio platforms that champion new music? This is something we'll be considering at The Great Escape this May. But whatever happens, the masters of new music radio are sure to remain, and John Kennedy is undoubtedly one of the best. With 2012 such a landmark year in Xfm's history, I can't wait to hear more from the station's longest standing DJ".

Published on 24 January 2012 by Ben Robinson