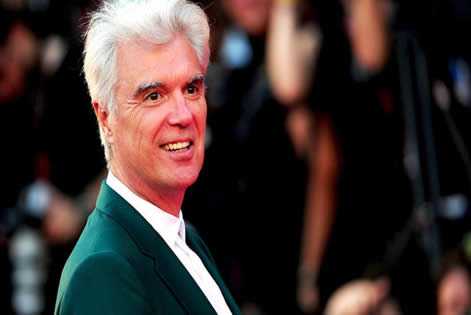 This intimate temporary new venue for the capital will broadcast a series of live ‘bedroom gigs’, starting this January with Andrew Bird and also including Heiner Goebbels, Amadou & Mariam and Imogen Heap, with more names to be announced later in the year.

Andrew Bird says: “ I have this history of playing non-traditional venues: former bank lobbies, Odd Fellows Halls and a few boats, but nothing quite like a boat stranded in the heart of London. Seems like my kind of thing. I also like the look of the other guests.”

Laurie Anderson will become resident in A Room for London in March, exploring the city and its secrets to produce a new sound piece; and David Byrne will stay in February, using the space to record a special soundwork for podcast  later the same month.

Byrne says: “My decision to be involved with A Room for London stems from my relationship with Artangel. Though there might have been a great temptation to squat in a house filled with poisonous crystals or one with strange twins, a view of the Thames seems a lot more sensible, more comfortable and private. I have some pretty good ideas about what I'll do up there, but I suspect there'll be room to react to the boat itself and the surroundings - so there'll be some improvising as well.”

Musicians performing as part of Sounds from a Room will use A Room for London as their studio and draw from its position as a unique window on the sights and sounds of London. Offering live ‘bedroom gigs’ from musicians who usually headline large venues, it is a unique opportunity to experience these artists in a more intimate space.

Sounds from a Room Performance Schedule

Published on 24 January 2012 by Wayne Feltham