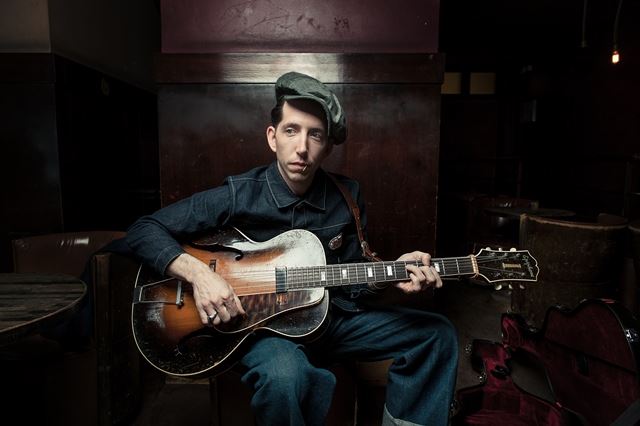 Red Rooster is very pleased to announce its first line up of artists, including the Friday night headliner for 2018, Pokey LaFarge

Hailing from St. Louis, Missouri, Pokey LaFarge and his band capture the authentic dust-bowl era sound of American roots, blues and swing.  His new album, ‘Manic Revelations’ epitomises this honest southern-style commentary. Whether it is about controversial shootings or personal experiences the focus is on observing all aspects of modern life. Reflecting the current maelstrom of noise everywhere in the world he says the music this time is bigger and louder.  It certainly demands your attention.

Alabama 3 acoustic will be headlining the Thursday night, getting the party started with their riotous mix of blues, gospel and country. Larry Love's gravelly ash-stained vocals and Nick Reynolds bank robber melodies on harmonica guarantee a raucous show. Well known for their theme tune to hit US TV series “The Sopranos.”

Also, on the first run of acts, are Red Rooster favourites Daddy Long Legs, who make a welcome return to the festival having last played in 2016. New York City's most beloved blues bashers have been huffing and puffing and blowing houses down on a nightly basis on their infinite world tour and always bring an elevated level of rough and ready intensity to contemporary lo-fi blues.

Staying on a New York theme, catch the hottest late-night underground night - Jonathan Toubin and his New York Night Train Soul Clap & Dance Off. Awarded ‘Best DJ’ in the Village Voice 60th anniversary ‘Best of NYC’, Jonathan Toubin brings the late-night underground and retro cool to the dancefloor. Lost Sixties soul tracks and rare retro gems will be guaranteed to get the Red Rooster boys & gals into the groove.

Born into a world of creativity, the daughter of renowned artist Olivier O, Sarah Olivier brings an explosion of Chanson, Rock 'N' Roll & Blues, straight from Paris – one of France’s top rising stars.

Northern Ireland’s The Bonnevilles will be bringing their heavy licks and head-knockin’ back beats to Euston Hall. They don't so much play punk blues as use it as a springboard to create a completely new genre.

London’s brilliantly quirky duo Worry Dolls, having supported Joan Armatrading and received praise from Paul McCartney, will be serenading the Red Roosters with their sublime harmonies and tongue-in-cheek, honest lyrics.

Then five-piece all female led group Dana Immanuel & the Stolen Band join the party with their bourbon soaked alt-country eccentricity, whilst Norwich’s 4D Jones are also checking in at Euston Hall. They’ve been tearing up the Rhythm & Blues rule book for many decades and showing no sign of settling down anytime soon.

Red Rooster is welcoming to families. There’s an array of fun activities for kids: from mask-making workshops where they can deck their face out and partake in the Mardi Gras parade, or how about trying to puncture the Piñata, or maybe go along to a hula hoop class? There’s traditional country-style games - ball in a barrel, hook a duck, the coconut shy  - and, for the more daring cowboys and cowgirls out there, how about learning to dance with Daisy Duke or rodeo riding with some of the most rootin’ tootin’ kids around? Don those cowboy hats and boots and shake a leg.

Published on 23 December 2017 by Ben Robinson