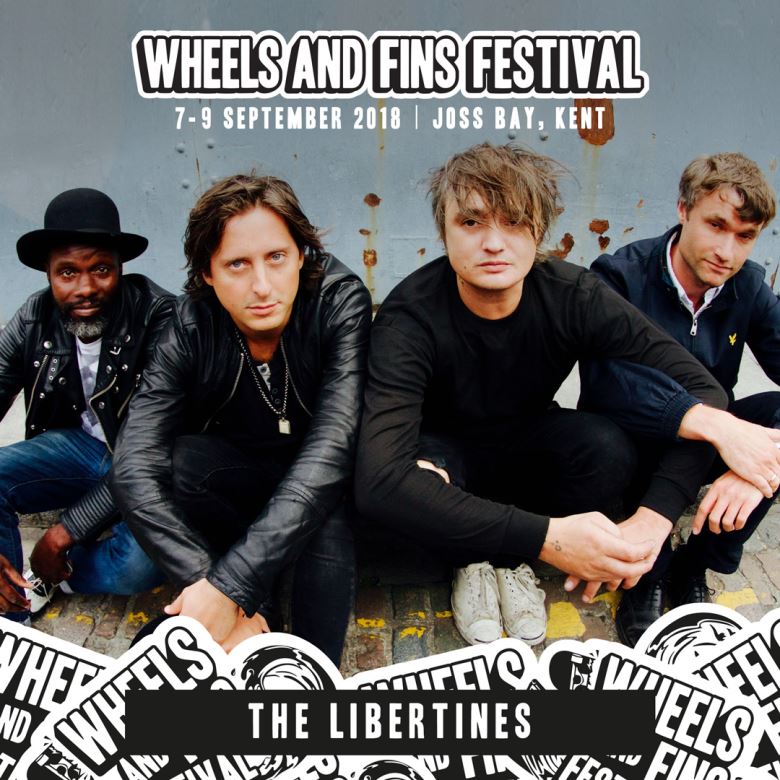 The Libertines are delighted to announce they will be headlining and curating the third and final day of the ‘Wheels & Fins Festival’ on Sunday 9th September at Joss Bay Beach (Broadstairs), just down the road from The Libertines new hotel / studio, The Albion Rooms, in Margate.

The Libertines are curating a fantabulous cornucopia of musical delights and will provide the icing on their own cake when they close the festival with one of their typically rip-roaring performances. Tickets are available now priced at £25.00 from Wheels and Fins Festival

In it’s sixth year, ‘Wheels and Fins Festival’ is an independent, music and action sports festival overlooking the ocean at Kent’s beautiful Joss Bay Beach. Located just 90 minutes from Central London, the festival runs from Friday 7th to Sunday 9th September. Named after the notorious smuggler Joss Snelling, Joss Bay beach in Broadstairs, offers one of the finest sandy beaches within an easy commute from all over the South East. The festival provides beautiful camping spaces for visitors overlooking the ocean. For more information click Here

Published on 23 May 2018 by Wheels and Fins Festival

Wheels and Fins Festival 2018 The Libertines