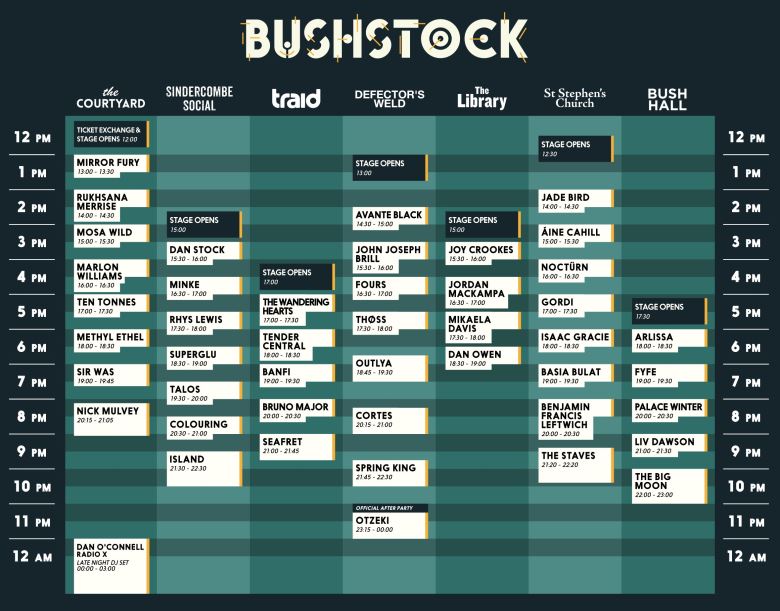 Alongside today’s final headliner announcement, full details are now available for all of this year’s stages. In a step up from previous years, Bushstock 2017 will host a grand total of 7 stages. Regular venues Bush Hall, The Defector’s Weld, Sindercombe Social and the beautiful St Stephen's Church will once more host carefully curated lineups of established names alongside some of the most exciting up-and-coming talent throughout the day. Alongside these, The Courtyard will make a return to Bushstock this year, providing an outdoor setting for Nick Mulvey's set, whilst The Library at Bush Theatre and TRAID are 2 brand new stage locations on offer for the first time this year.