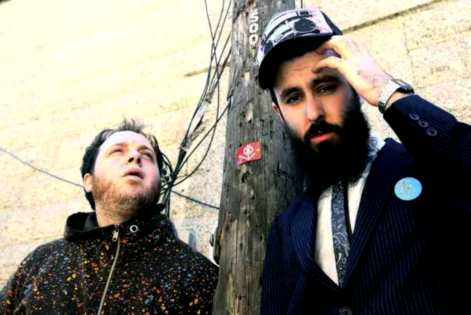 Bestival announces more mindblowing Marvels, Magical experiences, Creative mayhem and so much more to offer besides the great music.

As we lurch headlong into another delicious instalment of Bestival from September 8th-12th on the Isle of Wight, you could be forgiven for thinking it is but a mere musical festival. With legends like The Cure, PJ Harvey, Public Enemy and Primal Scream and the hottest new acts including Katy B, Nero, Zola Jesus and Wretch 32, the music is jaw-droppingly good but those in the know are all too aware that Bestival is far from just standing in a field watching a band, there’s an escapist world beyond the music. The magic, mayhem and mind-blowing stuff that sets us apart from the rest is what keeps Bestivalites coming back time and again and it’s time to celebrate some of our outlandish fun!


Rob da Bank Says: “It’s rare that I’m to be found not banging on about music, bands and tunes 24 hours a day but just for a minute I must pause to tell you about the amazing non-music business happening at Bestival 2011. From our very own new structures the Swamp Shack with its voodoo vibes to the Roller Disco to burn off the pies, from infamous food blogger MsMarmitelover’s Underground Restaurant to your very own humungous Free Sports Park with everything from BMX to Inline Skating and Parkour lessons...plus the Wishing Tree is expanding with the world’s smallest pub , an incredible array of cabaret and a bloomin’ great circus and so much more...Bestival is not getting bigger this year and we’re nearly sold out so get your (roller) skates on!”

The Wishing Tree, under the spell of its cultish hosts The Siblinghood of the Adjoined Orbs, has dramatically grown in size over the past year. Thankfully though there’s a wood cutters yard nearby to process all the timber from the tree, ready for some crazy construction. And just up the way is the old saw mill, built to deal with the largest logs in the world from the wishing tree and to power the largest band saw in the world. Thirsty work, we think you’ll agree, so the mini bar within the tree has been transformed into The Wood Cutters Arms, the smallest pub in the world.

Just as the cheering dies down from the last band on the Main Stage, you turn around to see a precession of huge, mysterious white figures floating down through the crowds. Twisted yet majestic, bewitching and ethereal, your eyes are not deceiving you. This is Herbert’s Dream, a magical show from French company Quidams, set to make you gaze in awe at this luminous and stunning night parade. For the first time, Bestival will be giving you the romance of a fully alfresco ballroom.  Salsa with the sun on your skin, feel a late summer breeze in your hair as you shimmy through a cha cha.  Framed by twinkling festoon lights as night falls you can lose yourself in a tango under the stars.

ushing the boundaries of festi-food possibilities MsMarmitelover AKA Kerstin Rodgers will be at Bestival with The Underground Restaurant, an achingly cool, supper club from the foodies foodie with three sittings a day –lunch, dinner and a midnight feast. Simply delicious!