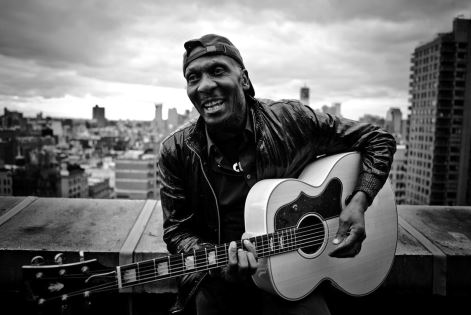 The Saints, Pere Ubu, TV Smith (The Adverts) , Hector Bizerk, This is the Kit, The Amphetameanies, The Ramonas, Ela Orleans, Esperanza and Halfrican have also been announced, leaving music fans in no doubt that Wickerman will be one of Scotland’s hottest summer parties.

On Saturday, Jamaican reggae sensation Jimmy Cliff is poised to get the Wicker crowds jamming with a show-stopping main stage performance. The two-time Grammy Award winner and Rock and Roll Hall of Famer is best known for his chart topping hits such as ‘Wonderful World, Beautiful People’, ’You Can Get It If You Really Want’, ‘Ska All Over The world’, ‘Many Rivers To Cross’ and ‘I Can See Clearly Now’ from the film Cool Runnings, fans can expect a captivating tour of his much-loved back catalogue, which spans nearly 50 years.

Joining him will be pop rebel Neneh Cherry whose career has upended gender and genre conventions for over thirty years. With a string of hits, including ‘Buffalo Stance’, ‘Woman’ and ‘7 Seconds’ under her belt, the Brit Award winner enjoyed a huge renaissance last year with a new album and sold out UK tour. Wicker fans can expect a captivating mix of jazzy pop, vintage hop-hop and electronic music from the edgy star.

On Friday, The Sonics, who are best known for their 60s cover ‘Have Love Will travel’, are set to deliver an unforgettable performance headlining the Festival’s hugely popular Scooter Tent. Dubbed the pioneers of garage rock, the influential group exploded on to the early 60s music scene with their aggressive, hard-edged sound. Named an inspiration by Nirvana, Bruce Springsteen, The Fall, The White Stripes and other major artists, the group recently unleashed their first new album in almost 50 years.

The Stereo MCs will also be taking to the main stage to stir up a storm with the Wickerman crowd. Described as ‘the big boys of British rap’, the hip hop/electronic dance group are best known for their 90s hits ‘Connected’ and ‘Step It Up’. The legendary former front man of post punk band Teardrop Explodes, Julian Cope, will also join the eclectic bill. The visionary rock musician has released over 20 solo albums and countless collaborative projects during his epic career.

Further enhancing Wickerman’s hip hop vibe will be one of the world’s truly pioneering acts - The Sugarhill Gang. The Gang’s iconic 70s hit ‘Rapper's Delight’ was one of the first songs to popularise the genre around the world. Performing alongside them will be the lead rapper and main songwriter for Grandmaster Flash and the Furious Five – Melle Mel. British folk rock band This is the Kit will also be joining the main stage bill.

This year’s Scooter Tent will feature a host of seminal acts, including the founders of avant-punk Pere Ubu, Australian punk pioneers The Saints and London’s TV Smith, who founded The Adverts in the late 70s. Glasgow rap sensations Hector Bizerk and rabble rousing ska punk group The Amphetameanies will both be making a triumphant return to the Festival. All female tribute act The Ramonas, Poland raised, Glasgow-based musician Ela Orleans, Scottish ska band Esperanza and punk trio Halfrican will also be joining the line-up. The Wickerman Festival’s Brian Reynolds, commented: ‘This year’s Wickerman Festival is shaping up to be an epic weekend and we know that fans will be blown away by the fantastic live performances that our latest batch of artists will deliver.