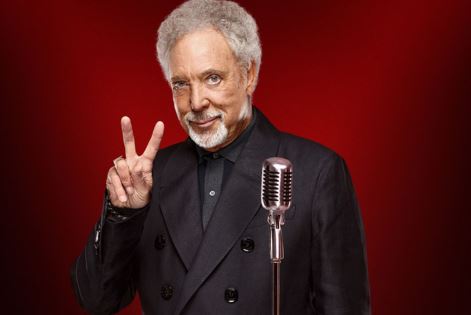 Celebrating their 25th anniversary, and based on extraordinary demand for Wednesday's opening night, Larmer Tree Festival are delighted to announce that Tom Jones has been added to the bill for an unprecedented extra night, making this year's festiva

Not content with wowing the crowds for one night only, the legendary Sir Tom Jones will now be opening Larmer Tree Festival with an electrifying performance on Tuesday 14th July, in addition to his headline set on Wednesday 15th July.

Based on the huge demand for Wednesday tickets and the incredible success of his performance last year, Larmer Tree Festival is delighted to announce that Tom Jones has been added to the bill for an unprecedented extra night, making this year’s 25th anniversary celebrations a six-night extravaganza!

Tom’s Tuesday and Wednesday headline performances offer the chance to hear him in the unique and intimate setting of the Larmer Tree gardens, and the opportunity to enjoy the full festival experience midweek. With just 4,000 tickets available, the audience will be able to indulge in delicious festival fare, enjoy the wonderful Larmer art installations, and take part in a spot of shopping at the global bazaar before settling down to a night of live music under the stars.

The festival directors are also thrilled to announce the addition of The Shires who will be supporting Tom Jones on both Tuesday 14th and Wednesday 15th July, warming the crowd up with their British take on American country music. Since forming in May last year, this record-breaking duo garnered instant support from BBC Radio 2 and the Country Music Association. They’re the ?rst ever UK country act to enter the of?cial UK album top 10, and will be bringing their refreshing Nashville Tennessee sound to the ‘shires of England in July.