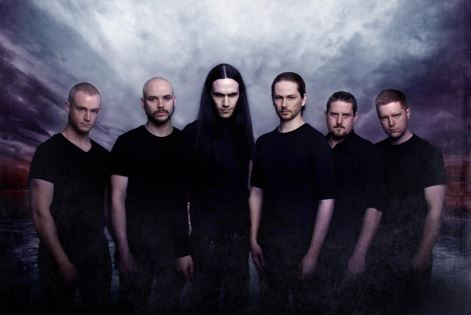 BLOODSTOCK is excited to announce seven more of metal’s finest for the UK’s heaviest weekender, including a clutch of bands from the farthest flung corners of the globe.

Friday’s line up will now include extreme prog metal Aussies, NE OBLIVISCARIS for their long awaited debut on UK soil. The band proclaim, “UK, here we come! 2015 is the year we are finally going to reach your shores and we couldn’t be more excited to announce that it will be as part of the enormous BLOODSTOCK festival. We’re looking forward to playing alongside many of the best and biggest heavy acts from across the world!”

Saturday’s bill sees two bands who’ve jetted in from Indonesia, a hotbed of metal and one of the planet’s most burgeoning heavy music scenes. BURGERKILL and JASAD are two of the country’s biggest metal acts, even counting the country’s metal-loving prime minister, Joko Widodo among their fans.

Sunday’s line-up sees a very special solo set from ex-Evile shredsman, OL DRAKE to accompany his upcoming solo album, ‘Old Rake’ which is out in June via Earache. Ol comments "I'm very excited to be returning to Bloodstock in a musical capacity. The weekend is fully booked off work (I was going anyway) and we're rehearsing right now. It’ll be a very special show, so don’t miss it. I’ll no doubt be having my fair share of drinks and Jagermeister afterwards and no doubt be returning to work feeling buzzed yet terrible. This is probably the only show I'll be doing to promote the album. Hope to see you there!" The album’s lead track, 'Guitarists Playing Guitars' features the likes of Gary Holt (Slayer/Exodus), James Murphy (Death/Testament/Obituary), Josh Middleton (Sylosis) and Mike Heller (Fear Factory, on drums).