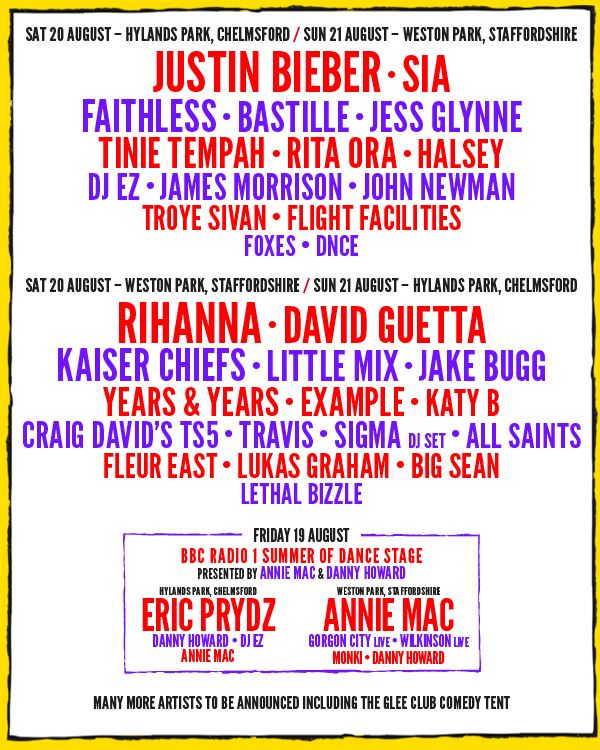 Taking place over the weekend of Saturday, August 20th to Sunday, August 21st, the line-up will switch between the two sites over the two days with Justin Bieber first headlining Saturday’s bill, in Hylands Park Chelmsford and then performing in Weston Park, Staffordshire on Sunday.  Pop sensation Rihanna will then grace the stage in Staffordshire on Saturday, followed by a second performance in Essex on Sunday.

The bill also includes the following other artists, with more acts still to be announced: