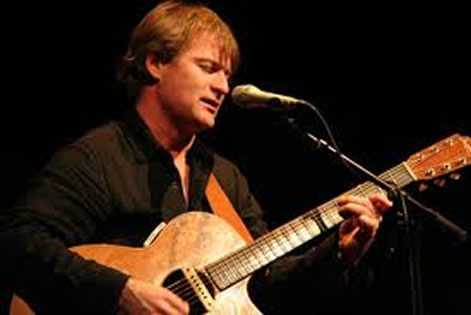 The first batch of artists set to grace the Honeyfest hive this April can now be revealed.

Following the success of last year’s inaugural sold-out Honeyfest and the airing of a prime-time BBC documentary on the making of the festival; the Honeyfest bees have been busy gathering the goods for 2012.

Welcomed back for the second year and hotly tipped for big things in 2012, Dry the River will be taking to the stage. Joining them will be Nick Harper, with his majestic guitar skills and endearingly satirical songs. Joining them on the bill will be crazy, cutting edge ceilidh troupe Cut-a-Shine and the genre blending Kidnap Alice who fuse bluegrass, blues and folk.  With the Battle of the Bands competition only a few weeks away and the first headliners news coming very soon, Honeyfest is sure to mark the Spring calendar with the sweetest music yet!

The bands so far:

Dry the River - Honeyfest are delighted to welcome back the haunting vocals and beautiful melodies of Dry the River. As supporters of the first event, Dry the River have gone from strength to strength since, and are making waves in the music world including getting a mention on the BBC Sound of 2012 List.

Nick Harper – known for his wild personal introspection and biting political satire via a charmingly caustic wit, Nick often seamlessly moves from his compositions to well-loved covers, effortlessly delivered in his style. Nick takes on Presley, Zappa, Jeff Buckley, Led Zeppelin, Monty Python and Public Enemy (yes, on an acoustic guitar!) Honeyfest is really excited and pleased to have Nick perform in 2012.

"If imagination, energy and bags of talent were the only factors in making a successful pop career, few would deny that Squeeze man Glenn Tilbrook has backed a winner in Nick Harper…Splendid stuff" - MOJO magazine

Cut A Shine are a London based troupe of traditional musicians, dynamic dancers and crazy callers determined to spread the word that the Hoe Down is a’happening! From Hoxton to Humberside, from Amnesty International to Bestival, Cut A Shine are putting the ceilidh back on the map with sell-out parties in London to top summer festivals.

Kidnap Alice are a new band bursting on to the London scene with furore; set to spread across the UK with an upcoming tour and bookings at this Summers UK festivals – Honeyfest will be one of the first chances to see them this year!

This is the first wave of acts to be announced, the first headliners announcement is soon to follow, as well as the results from the Battle of the Bands which will take place on 3rd February, where competition winners will seize their chance on the big stage amongst some of the UK’s leading festival acts.

Unfortunately this year there is no camping on the festival site, HOWEVER, the Barge Inn has a fantastic campsite and they are also running a shuttle bus to and from the festival. This alongside what will probably be the best afterparty in Wiltshire must be a definite choice for all campers but I would book early to avoid disappointment (there are also a lot of other great campsites in the vicinity).

Published on 23 January 2012 by Wayne Feltham