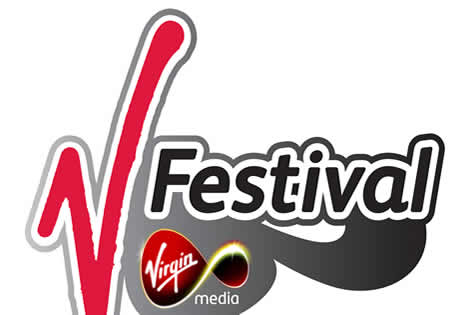 With this year’s V Festival, sponsored by Virgin Media, proving once again to be one of the summer’s hottest tickets, festival fans are being given the chance to get their hands on tickets for V Festival 2012 early – and at 2011’s prices.

V Festival 2012 will take place across the weekend of August 18th – 19th, with a limited allocation of tickets going on sale on Wednesday 24rd August from 9am. Fans are urged to be quick, early bird tickets are likely to go within a week. Festivalgoers can also book festival tickets and coach packages through See Tickets and Big Green Coach at 2011 prices.
V Festival Director, Simon Moran comments:
“Once again there was an incredible demand for tickets this year and as ever we’d like to give music lovers the chance to get their hands on next year’s early, and save some money in the process. With Glastonbury off the festival circuit next year, there is evenmore reason for music fans to take advantage of this great opportunity. This year’s line up was one of the most exciting and eclectic yet so next year’s festival has a lot to live up to, but I’m sure it won’t disappoint.”
Following the success of this year’s sold out V Style packages, the new luxurious range of stylish accommodation will once again be available for those in search of some pampering. Festival fans can sleep in decadent surroundings by choosing between a lux pad, pop up hotel room, yurt or perhaps even a gypsy caravan to chill out at the end of each night. V Style packages include* weekend passes and all your accommodation needs including a warm shower and premium toilets. You’ll never go back to basic camping again!
Organisers are urging fans of the festival to ensure that they only use official ticket channels when buying tickets and not to purchase tickets from unofficial or secondary outlets.
Visit Vfestival.com for details of all official ticket outlets or contact See Tickets.

Published on 22 August 2011 by Wayne Feltham