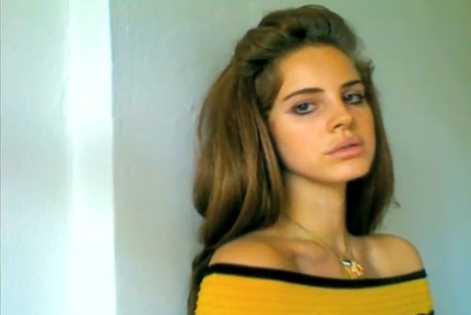 Lana Del Rey plus Ben Howard and a whole host of new artists including comedy from Dave Gorman and School of Comedy, literary treats from Sarfarz Manzoor, Simon Armitage and Instigate Debate.

Latitude, the UK’s favourite multi-arts festival, has announced that Lana Del Rey will join The Word Arena the seventh edition of the festival, which takes place at Henham Park in Suffollk from 12 – 15th July. The multi-award winning Lana Del Rey, whose bewitching voice, songs and bad girl persona have catapulted her from a social media sensation to a critically acclaimed artist topping the album charts in seven countries in less than a year.
Also joining the music line-up on the Obelisk Arena will be word of mouth sensation and rising star Ben Howard, whose acoustic folk/rock vibes have already led to a series of sell out gigs since the release of his debut album Every Kingdom last year. Lana Del Rey and Ben Howard will join a star-studded bill that already includes Bon Iver, Elbow and Paul Weller.
The Film & Music Arena welcomes genre-spanning dance party starters the Phenomenal Handclap Band who fuse international psych, soul and cosmic disco for a truly unique experience. Experimental audiovisual collective Noise Of Art, will be transforming the Film & Music Arena into a space for electronic happenings and as Time Out states “When it comes to mega multimedia events, DJ Ben Osborne and his Noise of Art Collective are all over it.”  The “horror collage” People Like Us will be stopping off at Latitude with A Magical Misery Tour. Art of Noise will be entertaining festival goers late into the night in Pandora’s Playground with their Psychedelic Curiosity Show, which blends retro-futuristic steampunk with 60’s psychedelia all via the wonders of a VW hippy mobile.
Over in The Faraway Forest the Occupy Movement will be taken up a level with Miss Behave’s Mess – expect the weird and wonderful (and everything in between!) with The Mess Tent offering bite sized shows, The Bozo Show where you can drown the clown and Popcorn, Surprises and Flummery brought to you by Miss Behave, described by The Independent as, “Absolutely charming, startlingly entertaining, and with a hugely enjoyable ‘Aargh’ factor.”
Latitude’s stellar comedy bill for 2012 will be augmented by appearances from rapper, actor and comedian Doc Brown, TV regular Holly Walsh and sets from Mark Olver, Josh Widdicombe and newcomer James Acaster. Marcus Brigstocke and Andre Vincent will appear with a special edition of the BBC Four Show The Late Edition, renamed The Early Edition, while young comedians will be represented by E4’s School of Comedy. TV and radio favourite Dave Gorman will be providing laughs in the Literary Arena and Latitude’s Cabaret Arena has added a host of hilarious new acts to its bill that include nightclub favourite Boogaloo Stu, Checkley Bush, Richard Dedomenici, Oyster Eyes, Christmas For Two, Idiots of Ants, Guilt & Shame, Joel Dommett, Matt Rees, Late Night Gimp Fight, Danny McLoughlin, Nish Kumar and Joe Wells.
Elsewhere in the Literary Arena writer and broadcaster Sarfaz Manzoor will be explaining How Bruce Springsteen Saved My Life and The Humble Quest For Universal Genius will pit comedians against one another in a bid to find a new… universal genius. Popular poet Simon Armitage has turned his hand from prose to pen with his narrative Walking Home charting his 256-mile journey of the Pennine Way, which he will be reading from. Radio 4’s hit new panel show for foodies, The Kitchen Cabinet, will appear with host Jay Rayner in the chair and celebrity chefs to be announced. There will also be appearances from Private Eye columnist and satirist Marcus Berkmann and popular science writer David Bainbridge on the subject of middle age, Instigate Debate will get the audience deliberating a hot topic and young, highly-feted novelist Ned Beauman will read a special preview of his book The Teleportation Accident, ahead of its publication in July. Meanwhile literary magazine YARN will curate a series of collaborative performances including The Quiddity of Will Self novelist Sam Mills and bringing together musical comedian Tom Basden and songwriter Gavin Osborn, while Jarred McGinnis, Richard Milward and Sam Taradash will also contribute, with more names to be annouced. Almost one year on from the London riots, Kieran Yates and Nikesh Shukla will appear at Latitude to discuss their book Generation Vexed, part of the Brain Shots: Summer of Unrest ebook series.
Exciting new additions to the Theatre bill include Twin Primes Theatre Company with their new production X&Y, presented by Complicite. Inspired by Complicite's 2009 hit A Disappearing Number, X&Y reunites that show's key collaborators Marcus du Sautoy and Victoria Gould in a quest to navigate the outer reaches of our world through mathematics and theatre. The Pick Of The Pleasance this year is Theatre Ad Infinitum bringing the hit show Translunar Paradise to Latitude and Theatre 503 premieres new work, Billy Chickens Is A Psychopath Superstar. The UK’s leading dance house, Sadler’s Wells returns to Latitude with a diverse programme of dance on The Waterfront Stage. The programme includes Candoco Dance Company, a company of disabled and non disabled dancers and Sadler’s Wells Associate Artist and leading figure in British hip hop scene, Jonzi-D.
Over in the Poetry Arena we are delighted to add Blake Morrison who will read from his new work A Discoverie of Witches giving a voice to some of those characters involved in the Pendle Witch trials of 1612. Critically acclaimed, award-winning performance poet and Latitude favourite Tim Key will return to delight the Poetry Arena with his tales.
As part of the DJ line-up keeping the party spirit alive and kicking into the night will be Goldierocks. The international DJ, presenter and party planner du-jour will be unleashing her own brand of energised performance Djing In The Woods so be sure to go seek her out!