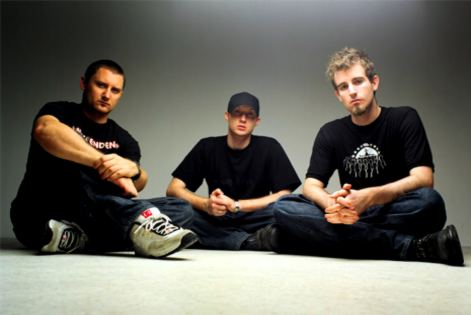 News of the Friday night headliner and a huge wave of new live acts and DJs that will be playing across 15 fun-packed stages in four days.

You might think it’s been a bit quiet on the Bestival front since the exciting announcement about The Cure headlining Saturday night at Robin Hill Country Park late last year but rest assured big things have been happening in the Bestival bunker in 2011, with Rob da Bank and crew working around the clock to ensure that this year’s Bestival is going to be a gargantuan party paradise and easily the best yet.

Rob da Bank said: ‘My brain literally never stops whirring, thinking and puzzling over who to book for Bestival. The 'anything goes' approach seems to have worked so far so I’m proud and pleased to announce Pendulum as Friday  headliner who will smash the hell out of Robin Hill for sure. Just as importantly PJ Harvey will be making her only UK festival appearance of the year at Bestival and then from The Maccabees to Public Enemy, Mogwai to Fatboy Slim and a shedload of up and coming artists its possibly our most out there line up yet... and let’s not forget The Cure headlining Saturday night! Dont be shy, get in there now!'

An incendiary live act that has consistently laid waste to feverish crowds across the globe, Pendulum will be headlining the main stage on Friday night at Bestival 2011.

One of the highlights of Camp Bestival 2009 was undoubtedly PJ Harvey’s spellbinding solo performance, she will be joining us at the Isle of Wight shindig to play the main stage on Saturday night in a UK Festival exclusive.

Brighton’s own Maccabees are also due to make the journey across the Solent to join the party with a large dose of the grandiose indie-pop, as previously announced by Rob da Bank on Nemone’s BBC 6 Music show, Public Enemy will be bringing the noise with a hit-packed performance, the recently reformed Big Audio Dynamite featuring the legendary Mick Jones will be demonstrating just how influential their pioneering sound has become, Scottish post-rock behemoth Mogwai, whose recent ‘Hardcore Will Never Die But You Will’ album has seen them in their finest form are going to be mesmerising the main stage crowd and James Blake will be giving out the neo-dubstep crooning.

Multi-award winning chanteuse Kelis will unleash her dance-powered RnB, Noah & The Whale will be showcasing their last night on earth twisted electro-funk will be supplied by Chromeo, Paloma Faith’s surreal theatrics are set to entrance and there will be surf pop aplenty from The Drums,.  When it comes to legendary Hi-NRG pop it doesn’t come better than The Village People who will be enticing you to join the navy and hang out at the YMCA, Clare Macguire’s staggering vocals will win over one and all, Jamaican hit-machine Toots & The Maytals will be proving reggae’s got soul, and Patrick Wolf will also be having the time of his life.