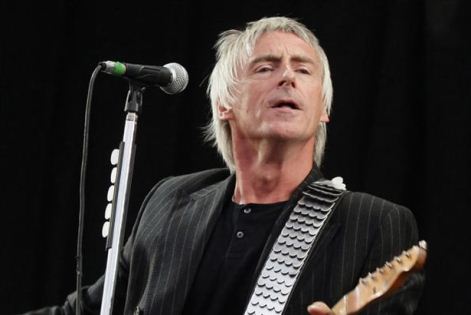 The legendary Isle of Wight Festival 2013 is shaping up to be one of the year’s most exciting events with the addition of The Modfather himself Paul Weller.

Joining the Main Stage line up on Friday 14th June for a special guest performance, he will appear before a UK festival exclusive, from headliners The Stone Roses. What’s more I Am Kloot, Ke$ha, Kodaline, Devlin, Little Angels, Willy Mason, Steve Harley & Cockney Rebel, Lawson, Ian Hunter and The Gypsy Queens will also be making an appearance across the weekend at the much loved Festival. Don’t miss out on your chance to be there, head to www.isleofwightfestival.com for tickets NOW!
Gracing the Main Stage on Friday 14th June before a headline performance from The Stone Roses will be the British institution that is Paul Weller. A pre-eminent songwriter of his generation, Paul Weller has attracted international success as frontman of The Jam and The Style Council, as well as his critically acclaimed solo career. Now the man himself will be making a special guest appearance at the Isle of Wight Festival 2013.
Paul Weller says: “It’s been a while since I've played the Isle of Wight Festival and I’m excited to be playing it this year, it’s a great way to kick off the summer."
John Giddings, the Festival’s promoter, says: “If you like music, you like Paul Weller – he is one of the greatest singer songwriters this country has produced and we are proud to bring him to our small island off the south coast – we have plenty of pebbles on a beach for him!!”
Making their Isle of Wight Festival debuts under the Big Top on Saturday 15th June, are electro-pop star Ke$ha and grime-mastermind Devlin. Manchester trio I Am Kloot and hot new-comers Kodaline will also be appearing on the Big Top stage on Sunday 16th June, whilst London-based & four-piece Lawson will be stopping by for a slot on Saturday 15th June.
Over on the Main Stage, American singer songwriter Willy Mason and British rock legend Ian Hunter will be appearing on Saturday 15th June.  Plus, one of the UK’s best rock bands Little Angels and Steve Harley & Cockney Rebel will be wowing the crowds on Sunday 16th June.  Also keep an eye and an ear out for The Gypsy Queens who will be roaming the Festival site.
As the first major music Festival of the year, the multi award winning Isle of Wight Festival is steeped in history and is famed for its eclectic & electric line-up, mixing iconic legendary artists with the hottest up and coming acts. This year the Isle of Wight Festival features two highly anticipated Festival exclusive performances from The Stone Roses and Bon Jovi, plus Saturday Main Stage headliners The Killers.  Also joining the ranks will be Jake Bugg, The Script, Bloc Party, Paloma Faith, The Maccabees, Emeli Sande, Ben Howard, Ellie Goulding, Blondie and many more spectacular acts still to be announced.

Published on 22 January 2013 by Ben Robinson