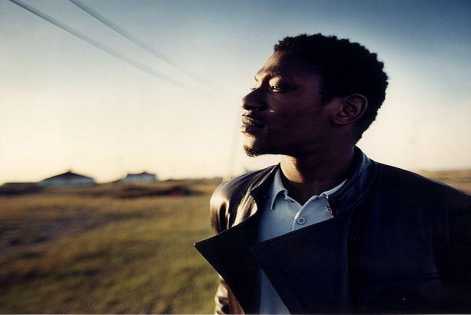 Beacons represents a side-step from the usual treadmill of festival bands and burger vans. We book the bands we love, because we know that our visitors will love them too.

The cutting-edge music and arts festival will be taking place in a new location in the picturesque setting of the Funkirk Estate in Skipton this August. We are pleased to announce the 1st instalment of acts that will be performing this summer. A further 40+ acts will be announced in mid-March, including Saturday’s headline.
“Last year, due to extreme flooding, Health and Safety Executives made the decision to cancel Beacons Festival. We were devastated to have to cancel your party but were left with no choice. This year, we have moved the site away from any potential flood areas, still in the fantastic setting of Carleton.  The new location is even more picturesque than the previous site and we feel it can only enhance people’s experience of what will be a truly amazing festival.”

Beacons Festival is set in the heart of the Yorkshire countryside; an affordable festival brought to you by a collective of tastemakers who, for years, have been bringing the best music to reputable Northern venues such as Leeds’ Nation of Shopkeepers and Brudenell Social Club, Sheffield’s Bungalows and Bears, Club Pony and the Shipping Forecast. We’ve also got the organisers of London-based festivals and events like Underage and Field Day and the Shacklewell Arms venue on board. This year, the main stage acts are presented in association with The Stool Pigeon magazine.  The people behind Manchester’s coolest band nights, Now Wave are on board, as are London’s Eat Your Own Ears. Beacons will be bringing together the cream of the cities finest club nights and gig venues for one weekend in Yorkshire.

Beacons is a three-day, four-night festival and for a short period, tickets are available at just £60 for the weekend, including camping (£55 for students). A limited number of early bird weekend tickets will be available from 9am Wednesday 15th February. Tickets will be available to purchase from the Beacons Festival website, HMV, Seetickets, Gigantic, Leedstickets.com, Jumbo Records and Crash Records.

We’re thrilled to welcome Rodney Smith aka Roots Manuva to Beacons this year. Following the release of last year’s 4everrevolution - his most powerful work since Run Come Save Me – the UK hip-hop legend will be bringing his innovative sound to the Yorkshire countryside this summer. And one of UK hip-hop’s rising stars will also be playing. The Mercury Music Prize-nominated Ghostpoet will be laying down his laconic beats and baritone drawl and you’ll get the chance to see why Factory Floor have made a fan of Joy Division / New Order’s Stephen Morris and had the likes of Pitchfork and Quietus touting them for bigger things.

Beacons represents a side-step from the usual treadmill of festival bands and burger vans. We book the bands we love, because we know that our visitors will love them too. As we announce more artists over the coming weeks and months, we will also be revealing our exclusive cinema programme. In addition to this, there will be children’s entertainment from the Ladybird Project, spoken word, theatre and dance.

Published on 21 February 2012 by Ben Robinson