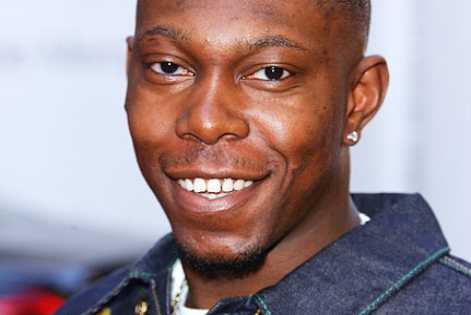 Beach Break Live has today announced its biggest, best and boldest line-up to date, which features some of music's brightest stars and hottest new talent. Taking place from 14th - 18th June in Pembrey Country Park the four-day extravaganza will welcome the mighty Chase and Status, who will be performing live on Friday, grime maestro Dizzee Rascal who will be topping Saturday's bill and Friendly Fires, who will raise the roof on Sunday, closing what is without doubt the most exciting festival line-up of the summer. With tickets priced from just £109, Beach Break Live will be buzzing with festival goers enjoying the epic line-up and four fun-filled days in the sun which will see everything from Roller Disco's to The Celtic Games.

After Beach Break Live gave Chase and Status their first ever headline show in 2010, the duo have risen to global stardom pioneering drum and bass in the UK singles chart and bringing the genre to the forefront of the music industry. They will be joined by multi-talented producer and artist in his own right Labrinth, who shot to fame in 2011 with his numerous collaborations and hugely successful singles 'Let The Sun Shine' and 'Earthquake'. BRITs Critics Choice-nominated Maverick Sabre will stun the crowds with his beautiful voice while hotly tipped London band Clement Marfo & The Frontline will be skanking down in their uniquely urban style. The coveted Delilah will no doubt be performing her single 'GO' which has received huge critical acclaim and resonated with fans across the UK. Dubstep chart toppers Nero will bring hits such as 'Me And You' and 'Promises' to the Beach Break Live Dance Stage.

As with Chase & Status, Beach Break Live is hugely excited to be welcoming the return of another festival favourite, BRITs awards winner Dizzee Rascal who will headline The Dell Main Stage on Saturday. Having stuck with Beach Break through the infamous 2009 site move to perform his first ever headline festival show, Dizzee returns as the notorious icon of the UK grime and urban scene to blow the minds of 20,000 festival goers in Wales. Festival goers will be going 'Bonkers' for everything Beach Break this year, from Zorbing down the 8-mile beach to horseriding through the waves, this festival offers everything fun in one place.

DJ Fresh, who has just reached No. 1 in the UK singles chart, will be showcasing his new live tour, which includes a full band and a tonne of technology as a back drop to his hard hitting bass lines. Since 2010 Wretch 32 has been steadily rising up the charts thanks to breakthrough singles from his hugely successful album 'Black and White'. 2012 is set to continue that trend, if not garner even more success for the grime MC when he performs at this year's Beach Break Live 2012. Embarking on UK tours this February, Beach Break is delighted to be welcoming both Manchester indie rockers The Whip and lyrical genius Ghostpoet to the festival for the first time while the newly appointed BBC Radio 1 contingent Benga [live] and Skream will be offering up the kind of cutting edge drum 'n' bass that has seen them become two of the most talked about DJs and producers in the business.

The infamous Ghetto Blaster stage is returning yet again to Beach Break Live, true to form artists will be keeping festival goers up into the small hours with a mash up of unique dubstep from Toddla T, Rinse FM's very own Oneman and Glasgows champian DJ and Numbers label founder, Jackmaster, will be spinning the decks with a frenzy of electronic bass and beats. Blawan will also be joining the boys on the Ghetto Blaster stage, hotly tipped producer of 2011 will no doubt be bringing even more to the dance table in 2012. Festival circuit pros DJ Parker, DJ Cheeba and DJ Moneyshot will be spinning the decks in Chai Wallah whilst rising talents Mystery, SDM, MTD and Dutty Dan will also be performing around the site.  Propaganda will be starting the post main stage party in the ActionAid tent every night, with some secret DJ sets to top it off!

With the highly anticipated second album from Friendly Fires tantalisingly close to being released, there's little doubt that the St. Albans trio will be a festival highlight for many a Beach Breaker in 2012 when the boys close proceedings on the Dell Main Stage on Sunday. They will be joined by Beach Break regular and rapidly rising singer songwriter Ben Howard while Merlin's Forest is set for the ultimate drum 'n' bass takeover when the one-and-only Hospitality unleash their collective on Sunday.  High Contrast, Netsky, Camo & Krooked, Danny Byrd and more will take to the decks for what promises to be a unforgettable show.

Published on 21 February 2012 by Wayne Feltham