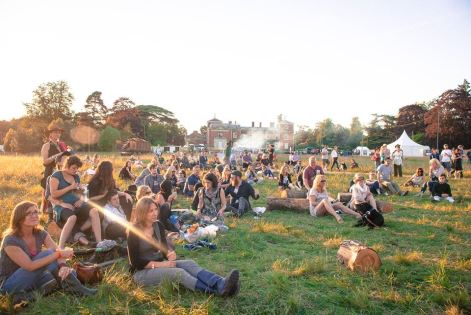 Inspired by the sounds and culture of America’s Deep South, Suffolk’s Red Rooster Festival returns for a second year to the idyllic grounds of Euston Hall.

Taking place over the weekend 5-7th June 2015 Red Rooster is a small but spacious blues festival which launched last summer with a finely-honed line up of quality  Americana, blues and country music.
It included artists such as The Jim Jones Revue, Pete  Molinari, Big Boy Bloater, The Vagaband, CC Smugglers and many more, bringing a real taste of the Deep South to beautiful Suffolk County. The line-up for 2015 will be announced shortly.
And taste is all part of the Red Rooster experience, whether it is delicious barbequed pork ribs or spicy Cajun chicken -  all washed down with quality bourbon, authentic beers or refreshing mint juleps.
Besides the main and smaller stages, Red Rooster plays host to campfires under the stars, a ‘gators lake, wide open cornfields, shady woodland and fun activities laid on for the kids, which all makes for an atmosphere evocative of  Southern-style hospitality in this safe and friendly festival. The event proved a big hit not only with  die-hard blues fans but families and festival goers alike. In fact, you could be forgiven for thinking you’d been transported to one big fun lovin’ Creole party…..

Published on 20 September 2014 by Wayne Feltham