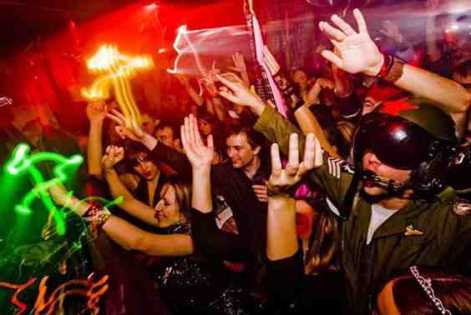 It’s a new term at The Warehouse in Leeds and the legendary 33-year-old club is showing no signs of slowing down, in fact it’s gone to the next level.

With its big outdoor space, cozy loft room and cauldron like main room all kitted out with the very best in Funktion One sound, incredible lights, lasers and CO2canons. The Warehouse is the cities most loved venue for its rich heritage in the history of electronic music and clubbing.

To add to this already impressive space the team behind The Warehouse have managed to acquire the car garage next to the club adding a new third room, new bar and bigger capacity.

The new line up of events include Hard Times with Masters of Work legend Kenny Dope on September 29th followed by the pioneering American house producer Todd Terry on November 24th.

Steve Angello’s label Size Matters take over The Warehouse on 13th October with a party hosted by AN21 and Max Vengali who return to the club after last year’s sell out show.

Back from a season of phenomenal events at Pacha in Ibiza, we welcome All Gone Pete Tong on 27th October which see’s the Radio 1 legend headline with electronic music producer Francois K alongside the unique sound of Blond:ish.

Another huge event and one sure to bring the city of Leeds to a standstill is Back to Basics 21st Birthday with dance megastars Basement Jaxx playing a very rare DJ set… and if you survive the Basics birthday shenanigans, then they return again on December 1st with James Zabiela and Alex Niggemann.

Sandwiching both Basics celebrations is a new project for The Warehouse titled abstract, which offers a selection of underground house and techno acts. First up on November 10th is Berlin based label Leisure System with Jimmy Edgar Live, Machinedrum Live, Objekt, Untold and Eliphino. The following month on December 8th abstract is back with Todd Edwards, Xxxy and Appleblim.

For bass driven beats Fridays is allabout Sticky Feet which has quickly become the busiest sell out bass night in the North. If you haven’t ever experienced it then check out www.youtube.com/StickyFeetTV

Another new night to hit The Warehouse recently is Eat My Beat – it launched late September to a full house with Jack Beats headlining. Continuing on  October 20th with Doctor P, Ms Dynamite and Bar 9.

This is just a taste of what is to come at The Warehouse in Leeds with many more  acts and parties to be announced in the coming weeks... Keep your eyes peeled!

Published on 20 September 2012 by Wayne Feltham