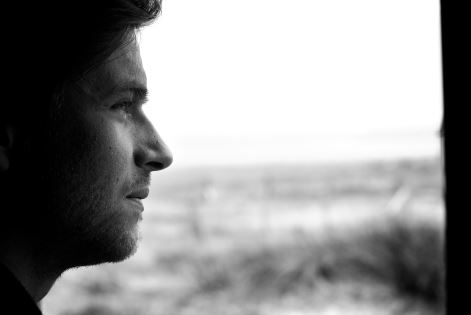 The Wickerman Festival has today, Friday 21st June, revealed a host of exciting acts who will play its popular Acoustic Village this July. Amongst the artists who are set to deliver show stopping performances are Pete Roe, Colin Macleod, Tommy Reilly

On Friday, highly respected London-based musician Pete Roe is set to entertain the acoustic faithful with his honest lyrics and compelling contemporary sound. A long-time Laura Marling collaborator who has also toured with Mumford and Sons, his 1960s guitar style has drawn comparisons to Bert Jansch and John Martyn.  Making his Wickerman debut is Colin Macleod who came to widespread attention as ‘The Boy Who Trapped The Sun’ when in 2010 he received critical acclaim for his major label debut ‘Fireplace’. He has recently unveiled his first fresh material in two years.

An act set to liven up the crowds with their folk jazz vibe are Simon Atkinson and the Foundryman’s Apprentice. The super talented singer song writer and his new seven-piece band will perform a rousing set of new and classic tracks and carefully selected covers.

On Saturday, legendary folk rock songstress Shelagh McDonald will take centre stage. The singer mysteriously vanished for 33 years after making two milestone albums in the 1970s.  A compelling singer, guitarist and songwriter, Shelagh will be celebrating her return to the limelight with her first Wickerman performance.

Grabbing another top billing slot will be Welsh singer-songwriter Al Lewis who will delight the audience with his signature 70s sound. Al’s debut English language album 'In the Wake' was nominated for the inaugural Welsh Music Prize and his songs have been championed by eminent BBC Radio 1, 2 and 6 music DJs.

2013’s BBC Radio Scotland Young Traditional Musician of the Year and multi-instrumentalist Paddy Callaghan will also take to the stage on Saturday and will push musical boundaries by blending traditional music with contemporary music samples and dance beats.  24-year old singer songwriter Tommy Reilly got his first break when he won the Orange Unsigned Act competition in 2009 on Channel 4 and he’s also making his Wickerman debut in 2013. He recently completed his third album which was recorded with producer Paul Savage and features playing from members of fellow Glasgow acts Admiral Fallow and Frightened Rabbit. Edinburgh-born, Belle & Sebastian contributor Roy Møller who has been hailed by BBC 6 Music's Marc Riley as “Scotland's best-kept secret” will also join the billing on Saturday night. Roy is about to release his fourth album, which promises to be his boldest and brightest yet.

Fans of the festival will be familiar with the Ingrid Pit stage, newcomers are in for a real treat as music, poetry and spoken word are blended together seamlessly. Look out for star turns from Kimmi J Mitchell, Roberto Cassani, Dr Escheton, Diddums, Sarah Cassidy, Kevin Cadwallender and Sarah’s Metric.

The Acoustic Village’s Barabajagal Yurt will be the perfect place for Wicker fans to jam and make music with other people. This year it will play host to local artist Susi Woodmass, folk act Stirrin’ The Stoor, drumming and singing extravaganza Move to the Beat and The Hang Project.