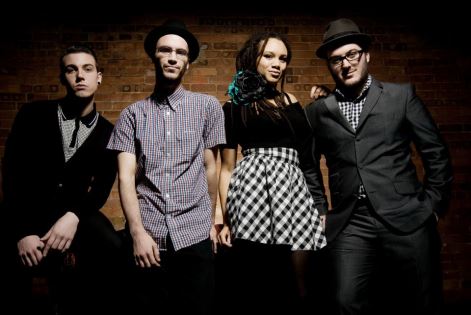 Organisers have announced that The Skints will close the main stage on Sunday at LeeFest in South East London this July.

Rising stars London Grammar have also been announced today, joining an eclectic line-up that already features Noisettes, Delphic & King Charles.
It has also been announced that To Kill a King will be bringing a special edition of their monthly London event Play All The Things to the festival too, including sets from Spring Offensive and Joshua Idehen of Benine City. The festival also confirmed sets from Stagecoach, Young Romance and Victoria & Jacob.
The following acts are also set to appear across the festival’s four stages: Stanton Warriors, Friends, The Other Tribe, Clean Bandit, Public Service Broadcasting, Lulu James, Stealing Sheep, Dark Sky, Thumpers.
The festival will play host to a wide variety of artistic collectives working in collaboration with the homegrown festival for entertainment beyond the music. Collaborations range from comedy, theatre, poetry and illustration to installation art, ping pong, and arts and crafts. Party collective Wonderland return to their regular LeeFest spot to host the annual paint fight, as well as a new addition for 2013 – glitter wrestling!
The homegrown festival, run by Lee Denny and a team of young volunteers, was rebelliously founded in his back garden in Bromley, Kent in 2006 whilst his parents were away on holiday.