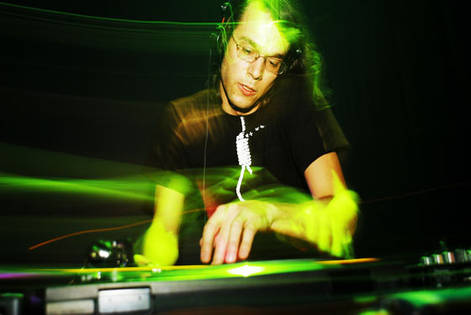 Nofitstate hosts Roman Flugel, Geddes and Bad Passion Project at a newly announced venue in Shoreditch called The Loft from 10pm until 6am

Nofitstate return after their latest triumphant and floor filled party to bring you another quality night headlined by the multifarious sound of Frankfurt based producer Roman Flugel along with label head Geddes and the leaders of the low-key high octane underground east London parties Bad Passion Project.

Roman Flugel has spent the last 15 years making a full spectrum of electronic music, tackling everything from tribal house to experimental electronic jazz.  If you were on a dancefloor in 2004 the chances are your head would have involuntarily banged to his tracks ‘Geht’s Noch’ and ‘Rocker’, the latter of which he made as half of Alter Ego.

He’s released via a variety of names and from the more serrated edged acidic electro sound of Alter Ego he moved with Jörn Elling Wuttke onto the more soothing scope of Sensorama. Proving he’s no slouch as a remixer, he released as the more acid-house Soylent Green to great acclaim, before moving into another musical corner with the downtempo alias Eight Miles High.

One of deep houses most recent success stories Geddes continues to steer the murmur ship towards great things having just released the nofitstate compilation which has received rewarding reviews and recently christened with the album launch party headlines by FCL.

Nofitstate are extremely pleased to welcome back Bad Passion Project after their sterling success, completely owning and moving the back room on the New Years Day.  The posse of DJ’s and promoters specialise in bringing the disco pain to the best of London underground providing a fierce party in a raw warehouse spaces.

This intimate party for just 300 people will be taking place in one East London’s finest loft spaces, perfect for getting lost in the music and night.

Miss it, miss out