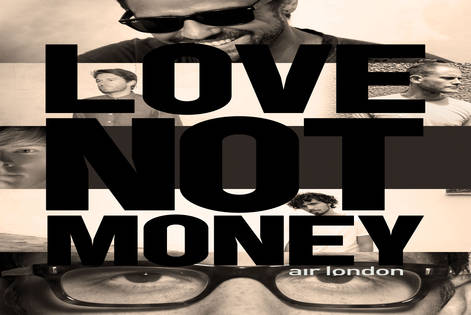 For the last couple of years air london have been trotting round the globe, spreading their sound and taking their parties to the likes of Space in Ibiza, on the beach at Mac Arena Mar in Barcelona, Regine in Paris, Electric Pickle in Miami, Alte Boerse in Zurich, Montreal, NYC and most recently at BPM Festival in Mexico.

Despite all the pins in the map this will be their debut party in London, so they’re making it a bit special by presenting the best names in their sterling collective at one of London’s best new underground venues on the Easter Bank holiday and all for free. Now you can't ask for much more than that.

Nick Curly, Glimpse, Alex Celler and M A N I C are all featuring as well as a back to back set from Simon Baker and Geddes.

Nick Curly has toured the globe, helped launch the careers of Markus Fix, SIS, Robert Dietz and Alex Celler, plus sat at the helm of the Cecille, Cecille Numbers, and 8bit labels. All while becoming an esteemed tastemaker roundly respected for his creativity and ingenuity.

Simon Baker is a man in demand with releases on Cocoon, Get Physical and Playhouse, collaborations with Jamie Jones and remixes for Simian Mobile Disco, Radio Slave and Crazy P. However his most consistent home has been Ralph Lawson’s 2020 Vision where he will release his debut album Traces in March this year.

Playing back to back with Simon Baker is murmur head-honcho Geddes. Last year was one to be proud of for the London based DJ/producer as he played some seminal gigs such as at Glastonbury’s Wow tent, Burning Man festival in the Black Rock Desert of Nevada and making his debut at DC10 in Ibiza.

Glimpse has developed his career with integrity and a focused patience. Despite a deeply-rooted underground sensibility and an uncompromising experimental approach, Glimpse has still managed to win the attention of the wider mainstream.

Alex Celler born and bred in Greece, but now very much a London resident had been producing and releasing music for almost 5 years before a momentous 2009 saw him catapulted into the higher echelons of must-hear producers, with ‘La Palma´ and ‘Caedmon Loop´ two of the more infectious house bombs of the year.

New York’s M A N I K has cut a fine line in making warm, tuneful deepness with a splash of tech soul.

This is a special debut, not to be missed.