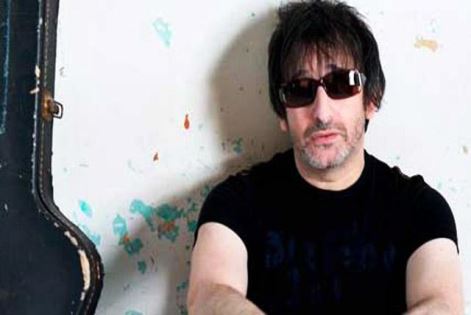 CHAGSTOCK FESTIVAL are delighted to announce that Lightning Seeds are the latest addition to their 2014 line-up. They will headline the main stage on Friday night.

Lightning Seeds are a Liverpudlian band fronted and formed by Ian Broudie. They’ve had 12 top 20 UK hits including Pure, Change, Sugar Coated Iceberg, You Showed Me and 1996 football anthem Three Lions. Ian Broudie and the Lightning Seeds have released seven studio albums to date – six as Lightning Seeds and one Ian Broudie solo album.
Also on the bill are million-selling alt-rock legends, The Waterboys, who will headline the main stage on Saturday night.
Formed 30 years ago by Mike Scott, The Waterboys became famous for their powerful live performances and majestic albums such as A Pagan Place and This Is The Sea, which included their biggest hit The Whole Of The Moon.
Chagstock is one of the Westcountry’s best-loved festivals. Set in 70 acres of farmland on the edge of Dartmoor, Chagstock is renowned for its stunning location, diverse line-up of artists and non-corporate, family friendly atmosphere. Chagstock showcases the very best music, food and entertainment that the Westcountry and the UK have to offer.
After selling out the entire allocation of early bird tickets in record time, all tickets, camping options and vehicle passes for this year's festival are now on sale at www.chagstock.info
The first acts confirmed for 2014 are Saturday headliners, The Waterboys, legendary 2-Tone band, The Selecter; Alt-Folksters, The Moulettes and award winning Canadian band The Stanfields, who blend hard rock with traditional atlantic folk. The wonderfully chaotic high-energy Balkan folksters Sheelanagig will headline the marquee stage on Friday night. Also on the bill are hotly-tipped English blues-rockers Sam Green & The Midnight Heist and local Okehampton rockers, Downfall. Chagstock’s house band, New Crisis also perform their traditional main stage slot.
This year’s Fancy Dress Theme will be ‘The Wild West!’
Last year’s festival sold out for the second year running, and featured memorable performances from The Boomtown Rats, Billy Bragg and The Mystery Jets amongst many others.
As introduced in 2012 in recognition of the tough economic climate for families, all children under 12 can attend the festival for free (ticket is required). Chagstock’s capacity is once again capped at just 5,000 tickets to ensure that its intimate, family-friendly atmosphere is maintained.
Simon Ford Chagstock Festival organiser says, “I am delighted that Chagstock has now sold out two years in a row! With the announcement of Lightning Seeds, alongside acts such as The Waterboys, The Selecter and many others, the whole team is confident that 2014 will be our best year yet and we will sell out once again! As always we are sticking to the non-corporate vibe and family friendly atmosphere with loads of great and varied music, food and entertainment”


Weekend Tickets are priced at £75 (Adults), £50 (Under 18's),
Under 12’s are free (ticket is still required). A Family Ticket for 2 Adults & 2 Under 18s is £210.
Camper / Caravans / Live-in Vehicles just £15 per vehicle
All weekend tickets include 2 nights of camping and car parking.
Day tickets will also available later on, Booking fees apply.

Chagstock 2014 The Lightning Seeds The Waterboys