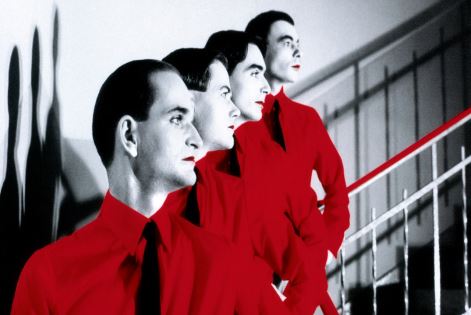 Latitude, the UK’s favourite multi-arts festival, and winner of the 2012 Best Family Festival Award, is proud to reveal the first line-up announcements for the eighth edition.

An exciting mix of film screenings and special multi-media live music performances will also be on offer. Appearing across the festival over the weekend will be Daniel Kitson in the Film & Music Arena to host the first ever public screening of It's Always Right Now, Until It's Later, a concert film of the show by the same name recorded last summer in Manchester and followed by a Q&A session with Kitson and the film maker, Ewan Jones Morris. Comic booker writer, artist and Rough Trade signed musician Jeffrey Lewis & The Rain will appear and The Institute of Contemporary Art (ICA) will, in association with Bowiefest, present a celebration of David Bowie’s breakthrough year of 1973 in a programme of screenings, talks and live performances from some very special guests. Also appearing will be radical performance community church Reverend Billy & The Church Of Stop Shopping, revered Texan instrumental collective Snarky Puppy, tipped by the likes of The Guardian and The Independent, and experimental music duo Crook and Flail (Fog’s Andrew Broder and Adam Drucker of Subtle/Themselves/cLOUDEAD). The Latitude audience can prepare to be transported across 40 years of Bowie, from Spaceboy to Superstar, by Ed Blaney's Ultimate Bowie and Gavin Osborn will be on hand to entertain festival-goers with his wry musical comedy. Total Film magazine will be hosting a series of premieres, Q&A’s and more over the festival weekend.