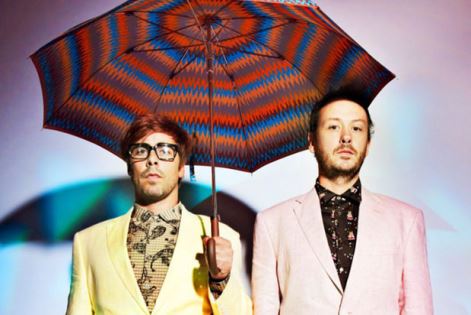 In 2015, Northern England’s most cherished festival, Beat-Herder in Lancashire will celebrate their 10th birthday - a landmark anniversary that marks their journey from humble free party origins to an annual three-day 12,000 capacity bonanza with a l

In 2015, Northern England’s most cherished festival, Beat-Herder in Lancashire will celebrate their 10th birthday - a landmark anniversary that marks their journey from humble free party origins to an annual three-day 12,000 capacity bonanza with a legion of devout fans. Described by The Guardian as ‘wonderfully barmy and typically northern’, The Beat-Herder Festival is a rare find in today’s climate: a staunchly independent festival that stays true to its roots, completely shunning all corporate sponsorship or branding.

Over the last decade, Beat-Herder has come to be known for its unrivalled attention to detail when building the site. Built entirely from scratch by hand, the festival houses all manner of surprises at every twist and turn. Each year unexpected new areas magically appear for festival-goers to stumble upon. Last year’s new additions included a swimming pool in the woods, housed in a Scandinavian style wooden cabin, complete with changing rooms and lifeguards and The Ring, a huge earth mound with a Stonehenge-esque entrance.

This year Beat-Herder was crowned winner of the Extra Festival Activity Award at the UK Festival Awards, an award that recognises events that paid that extra bit of attention to detail that creates a magical and unforgettable festival experience.

Today, the first names for the special 10th anniversary edition of the festival are announced. Headlining the festival on Friday will be Basement Jaxx, the dancefloor conquering duo whose prolific output over the last 10 years is responsible for shaping UK dance music as we know it today. Considered by many to be national treasures, their back catalogue contains hit after hit and they were among the first to bring dance music to the mainstream with their progressive yet accessible sound.

Joining them are Saturday headliners, electro swing kings the Parov Stelar Band. Beat-Herder was the very first UK festival to debut the beloved Austrian pioneer of the electro swing movement, Parov Stelar, back in 2012 and the crowds have been crying out for his infectious and incendiary show with full live band ever since.

Also confirmed are true Motown legends Martha and the Vandellas, who are playing a rare UK date following a worldwide tour last year in honour of the 50th anniversary of their signature track Dancing in the Street. The traditionally dance-focussed Toil Trees stage will play host to the likes of legendary DJs like Andrew Weatherall and Paul Woolford, Krysko and Dirtybird stalwarts Catz 'n Dogz and emerging star Shiba San. Old friends and original headliners of the very first Beat-Herder Festival, dub legends Dreadzone are also confirmed to return a decade later for the tenth anniversary.