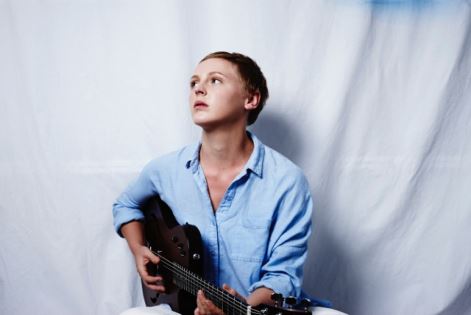 Laura Marling returns with her new album ‘Short Movie’ which will be released through Virgin Records on March 23rd 2015.

‘Short Movie’ is Laura’s fifth album in seven years, which is a remarkable achievement for someone who has yet to turn 25 years old.
This album marks a new chapter in Laura’s sound and development, this record moving towards a much bigger & electric feel, it’s a much freer and looser sounding album than anything she has done before.
Marling’s fifth album ‘Short Movie’ is the result of an extended period of reflection and a conscious attempt to change routine. “I realised that I hadn’t been in place for longer than two or three weeks since I was 16” she explains “I thought I wonder what will happen if I try and root myself somewhere? Look back over the past eight years”

‘Short Movie’ is Laura’s first self-produced album with co – credit to her long time drummer Matt Ingram and studio engineer Dan Cox. It was a pleasant but anxious experience for her but one she boldly undertook with a desire to ‘demystify production’. Recording at Urchin studio in London she was joined by by her long time collaborator and friend Ruth De Turberville on cello, Nick Pini on bass and Tom Hobden.
Laura has been nominated for the Mercury Prize three times; she has also been nominated for two Brit Awards (winning best female in 2011)
Track Listing:
1.   Warrior
2.   False Hope
3.   I Feel Your love
4.   Walk Alone
5.   Strange
6.   Don’t Let Me Bring You Down
7.   Easy
8.   Gurdjieffs’s Daughter
9.   Divine
10.  How Can I
11.  Howl
12.  Short Movie

Published on 19 December 2014 by Wayne Feltham