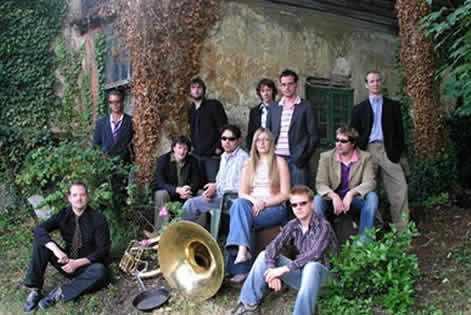 Six out of seven isn’t bad. When it comes to representing the music of the entire planet, no festival can keep up with WOMAD. This is proved by the latest wave of artists confirmed for its Charlton Park bash later this summer.

Africa has always made a very strong contribution to each and every WOMAD gathering and we’re delighted to unveil more additions to this year’s bill from the mother continent. From Cote D’Ivoire, Alpha Blondy has ruled the African reggae roost for many years and his spiritually strong, politically edged songs continue to preach positivity. Across the continent on Africa’s east coast, there’s another reggae impulse, one that’s gently reshaping Ethiopia’s music traditions. Dub Colossus are the ones responsible, the collective that’s giving the sound of Addis Ababa a spacey, dubby re-rub. Meanwhile, representing the North African quarter, Moroccan master-musician Hassan Erraji will be lighting up WOMAD’s Radio 3 Stage with his smartly named band the MoRoccan Rollers. Back in West Africa, Sierra Leonean rappers Bajah and the Dry-Eyed Crew keep a close watch on social and political affairs, their unvarnished reporting and keen sense of justice earning them the distinction of being “the voice for the voiceless”.

Not that it’s all about being thoroughly modern. On the same stage as Krygier, we welcome the WOMAD debut of American banjo player and singer Abigail Washburn whose attractively austere songs recall the days before country music had been invented, let alone given a name. Another stylistic throwback is CW Stoneking, the Australian blues savant who, behind the vintage clothing and Brylcreemed hair, makes music that drops you into another time, another place – most often, as with Abigail, it’s the American South of the early 20th century. Another of the weekend’s performers, Susheela Raman, also grew up in Australia but it’s the music of her Tamil heritage (stirred together with jazz, rock and pop) that’s earned her a Mercury Prize nomination. Her seductive songs will be perfect for the otherworldly environs of the arboretum-set Radio 3 stage. Indian traditions – both music and dance – are also upheld by the The Gotipuas, young dancers and acrobats from Orissa whose vivid live show reminds us that the ‘D’ in WOMAD stands for dance.

Mainland Europe gets a good few nods this summer and we’re delighted to be welcoming two heavyweight gypsy bands to deepest Wiltshire. Taraf de Haidouks surely need no introduction, the multi-generational band who paved the way for all future gypsy bands’ international success, along the way becoming Johnny Depp’s favourite band. Fellow Romanians Mahala Rai Banda might be less celebrated but, playing largely brass instruments, offer as much fire and virtuosity as their counterparts.

Fiddles are to the fore with another couple of acts who, like Mahala Rai Banda, will be sending all those within earshot of the Radio 3 Stage into delirium. The galloping tunes of Majorstuen, a five-strong fiddle super group from Norway, promise to be a surprise package for WOMAD weekend – a hidden treasure for fans of Celtic music. Meanwhile, a genuine pan-Celtic outfit – Jamie Smith’s Mabon – will further cement their growing reputation with tunes from Ireland, Scotland, Brittany and Jamie’s homeland of Wales. More Welsh representation comes in the form of 9Bach, the psychedelic folk combo fronted by Lisa Jen, the singer from Gruff Rhys’ Neon Neon album. And while we’re back in Blighty, mention should also be made of Penguin Café, the project brilliantly resurrecting the music of leader Arthur Jeffes’ late father, Simon.

As if this didn’t already have you salivating, those well-prepared folk who’ve bought an additional Thursday ticket are rewarded even further with bonus performances. And these are top-drawer performances. Kicking off proceedings will be the irresistibly percussive Dhol Foundation who’ll take to the main stage for a collaboration with the local kids from Malmesbury School. Then on-stage the Easy Star All-Stars, the dubwise collective from New York who in the past has put some skank into the songs of Pink Floyd and Radiohead. Rounding off the night in bawdy fashion will be the 11-strong folk big band Bellowhead, multiple winners in the Best Live Band category at the BBC Folk Awards.