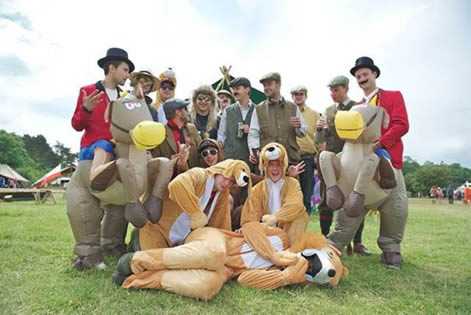 Glade festival reached its climax last night when up to 10,000 revellers witnessed the spectacular burning of the Pyro - Mid Stage at the centre of what has to be one of the most extraordinary festival sites in existence.

‘Don got to Glade, met up with Biff and the crew and everything was alllllrrriiiggght (alright) Definitely the place to be, I got to spread some bass around the place... respect to Glade.’ Don Letts

Gladers were treated to a wonderful cacophony of lighting and music over the 4 day event  – from the psychedelic patterns and trance beats of the Overkill stage to the visually- dazzling spectacular  of the underground sound stage deep in the woods - the “ soon-to-be-legendary “ Meteor. Everything was in glorious, full –blown technicolour – a total sensory overload experience.

Organiser Jo Vidler said:
'Glade has blossomed in spectacular fashion this year into to a must -attend event for any serious electronic music lover. Incredible state-of-the-art production, amazing music and most importantly one of the most up- for- it crowds in the country.  Massive thanks goes out to all our Glade friends, both old and new.'

It also featured amazing processions, Rabbit Hole antics, hot tubs, and a bringing together of dance music fans from all over the UK for one very special party.’