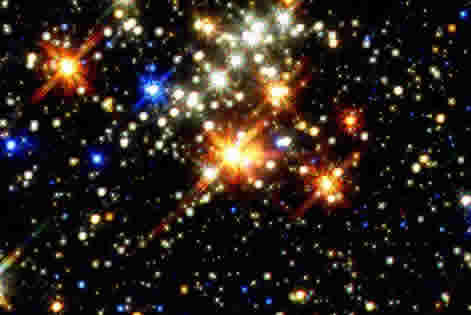 Over at Deer Shed Festival HQ they love their headliners I Am Kloot so much they’ve decided to theme the event in tribute to the band’s Mercury Music Prize nominated album title, Sky At Night. As a tribute to the band’s exclusive UK festival headline appearance under North Yorkshire’s night skies, the festival has lined up lots of Sky At Night type related things.
Possibly the first festival to have a pop-up planetarium on site, the Deer Shed Festival Cosmodome will be open during the day on Saturday giving festival-goers the chance to sit back and be completely surrounded by visuals of the sky of their choice with commentary from local astronomers. The festival couldn’t afford everyone’s favourite TV boyfriend Professor Brian Cox but they’ve found some equally enthusiastic local experts with just as much knowledge, but less floppy hair, to help those astronomically inquisitive festival-goers navigate and learn their way around the stars in the skies.
Once I Am Kloot bring the music to a close on Saturday night, this band of merry local astronomers will also be leading star-gazing jaunts around the site with telescopes and binoculars aplenty provided to help festival-goers understand the difference between the big-dipper and the Milky Way. There will also be some Sky At Night related activities as part of the arts and crafts workshops. The Deer Shed Festival DIY ethos is in full effect with a lovingly produced papier mache lunarscape made by the mum of one of the organisers setting up home for festival-goers of all ages to create their very own plasticine aliens to roam on. These other-worldly beings will then be filmed for a stop-animation masterpiece – this could be the beginning of Deer Shed Festival’s very own Star Trek series. The festival will also be encouraging as many people on site as possible to make their own alien mask so I Am Kloot might well be playing to a sea of Doctor Who extras.
There are some very ambitious plans afoot which are currently in the hands of the Civil Aviation Authority for approval. Once the festival organisers have finished jumping red-tape hurdles, they hope to unveil details of something special that involves sending an item space-bound. All the festival can confirm right now is it isn’t Virgin Galactic’s first shuttle. Even Friday night’s cabaret is getting in on the Sky At Night act – a Russian cosmonaut will be hosting the Green Top Circus’ evening of comedy, cabaret and circus performances in the Big Top. And they’ll be space hoppers for those of the sporty persuasion. All in all, there’s a distinctly starry, spacey feeling about this year’s Deer Shed Festival.