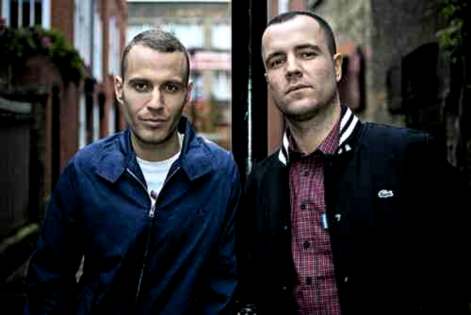 Brookes Brothers drum & bass album is set to drop with the next single on the same day 6th June 2011!

Taken from what some critics are already calling THE drum & bass album of 2011, this next single is the final fanfare in the build up to the stunning debut artist LP from the undisputed, all-conquering Brookes Brothers. Set to drop on the same day as the full album it’s the perfect accompaniment to the warm summer months ahead. So drop your linen and start your grinnin’, pick up your shades and press play; without doubt two of the finest sunshine Dubstep / D&B burners of the year!

First up is ‘In Your Eyes’; the Brookes dial down the BPM’s for some future-dubstep manoeuvres featuring the beautiful vocals from 70’s reggae supremo Jonny Osbourne. Horns, dub, skanking rhythms with crisp thunderous breaks all combine for one hell of ride proving yet one more string to the Brookes Brothers’ bow. Lovers rock for the rave generation with bass so hard the earth will almost certainly move for you.

Then opening with lush sea-shore pads and whistful fx ‘The Big Blue’ is a breath of fresh air ready to blow away any ills of the day with a strictly good-time attitude. Bringing the disco flavours bang up to date, Brookes Brothers deliver the most turbo-charged, grin-inducing wall-of-sound production to ever have come out of their studio; truly awe- inspiring as only they know how. Whilst ‘Beautiful’ parted clouds, this one stops wars!