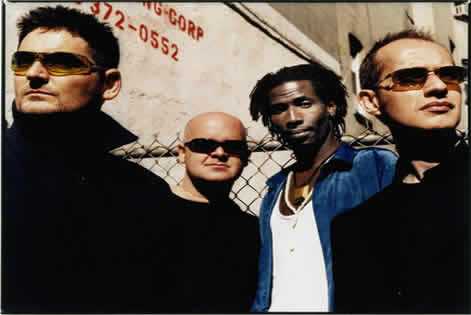 Bristol Folk Festival has scored a coup, securing the supergroup Afro Celt Sound System as its May Bank Holiday Monday headliner in what is likely to be the band’s only UK summer festival appearance this year.

Towering and tribal, Simon Emmerson’s stellar, twice-Grammy nominated Afro Celt Sound System fuses traditional Celtic tunes with driving African rhythms and hypnotic, cutting edge dance grooves. One of the most inspirational and innovative collectives ever, eight of the best musicians on the planet promise to bring the 2nd Bristol Folk Festival at Colston Hall to an unforgettable close on Monday, May 7.

Says co-organiser Paul Preager of Bristol Music Trust: “With their excellent reputation as one of the world’s most exciting live acts, we’re thrilled to announce Afro Celts will star in our festival finale. Alongside two award-winning West Country names for our Saturday and Sunday headline acts- - Show of Hands and Cara Dillon - we believe we have an enviable line-up for the second Bristol Folk Festival.”

The band has made innumerable legendary appearances at the likes of Glastonbury, WOMAD and Montreux Jazz Festival whilst its filmic music has provided soundtracks for Martin Scorsese’s Gangs of New York, Live Flesh and the Oscar-nominated Hotel Rwanda. Among many big names that have guested with them are Peter Gabriel, Sinead O’Connor, Davy Spillane and Robert Plant.

With a brilliant career-spanning double CD Capture out now, the Afro Celts are due to release a new album in the autumn.

Bristol Folk Festival returned to the city last year after an incredible 32 years absence and this year is being co-organised by the new Bristol Music Trust and local music promoter, Jan Ayers.( BMT took over the running of Colston hall from Bristol City Council last year).

The much anticipated 2nd festival will be buzzing in Bristol over the early May Bank Holiday (May 5-7)-a guaranteed “rain free” event as it returns to one of the city’s flagship venues, the revamped Colston Hall (left).

More acts will be unveiled imminently. In addition to headliners Show of Hands and Cara Dillon, those already announced include Scotland’s Karine Polwart and Rua Macmillan Trio along with Cornwall’s effervescent 3 Daft Monkeys and BBC Radio 2 Folk award nominees Lady Maisery and Walsh and Pound.

Published on 18 January 2012 by Wayne Feltham