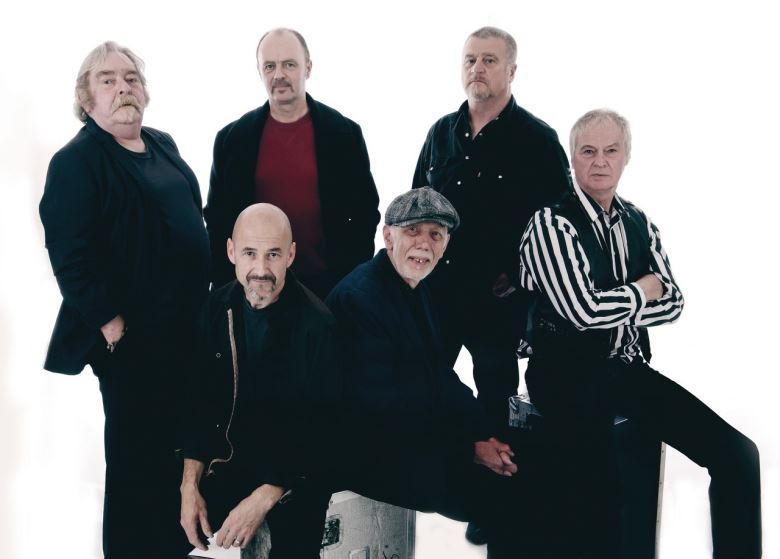 There’s a perfect blend of rising stars, festival favourites and music legends lined up for next year’s Gate To Southwell.

Plus, with more names still to be announced, there’s the East Anglian Americana of The Shackleton Trio, Derbyshire’s Rogue Embers and promising folk duo Harbottle & Jonas, who’ll all add to the party atmosphere at this most family-friendly of festivals, which also features music workshops, ceilidhs, dance displays, children’s entertainment, a craft fair plus great food and drink stalls.

Still led by Rod Clements, one of their original singer-songwriters, it’s 45 years since Lindisfarne’s first hit ‘Meet Me On The Corner’ cracked the UK charts and made their second LP ‘Fog On The Tyne’ the best-selling British album of 1972.  Since then the Geordie folk-rock kings have scored with hits such as ‘Lady Eleanor’, ‘Run For Home’ and ‘We Can Swing Together’.  Headlining the Big Top on Friday June 8th, with the late Alan Hull’s son-in-law Dave Hull-Denholm joining the latest line-up, Lindisfarne are guaranteed to get the Southwell audience singing and swinging along.

Gate To Southwell 2009 was The Young’uns first “proper festival” and since then they’ve returned to great acclaim in both 2011 and 2015.  Described by Mike Harding as “one of the best live acts I have ever seen”, the life-enhancing North Easterners will headline the festival on Saturday June 9th.  Following the great success of their ‘Another Man’s Ground’ collection, their 2017 release ‘Strangers’ looks certain to gather even more folk awards.

Topping the bill on Sunday June 10th, Cara Dillon is regarded as one of the best vocalists and interpreters of traditional songs on the planet.  Mojo magazine stated she possessed “what may well be the world’s most beautiful female voice” as showcased on her seventh studio album, this year’s ‘Wanderer’.  Cara will perform alongside her husband and musical partner Sam Lakeman plus some very special guests.

Making his first appearance at Southwell, the acclaimed singer-songwriter and innovative guitarist John Smith has become a star of the British acoustic music scene over the past 10 years, performing alongside artists such as Jackson Browne, Richard Hawley, Jarvis Cocker and Rodney Crowell, and guesting on albums by David Gray, Lisa Hannigan and LeAnn Rimes.  His recent album’, ‘Headlong’, is a fine example of a “master craftsman at work” (Folk Radio).

Anyone who caught Habadekuk’s last visit to Gate To Southwell will welcome them back with open arms and dancing feet.  Regarded as one of the most exciting live folk bands, the Danish nine-piece mix it up with salsa, polkas and big band jazz.  Appropriately, their motto is “we blow you away”.

Kicking off the festival on Thursday June 7th, there’s a great feast of blues from Nine Below Zero, Lil’ Jimmy Reed Band and Johnny Dickinson.  NBZ formed at the height of punk and went on to become one of the most respected blues bands on the Eighties and Nineties, working with artists such as Eric Clapton, Gary Moore and Chuck Berry.  Their extended eight-piece big band appearance at Glastonbury in 2016 won them a new generation of fans and recently they’ve toured extensively with Squeeze.

21st century bluesmen don’t come much more authentic than 77 year old Lil’ Jimmy Reed, who was born on the Mississippi and who’s been playing harp and guitar since the early 1950s, sharing stages with blues legends such as BB King and Bobby ‘Blue’ Bland.  He’s guaranteed to bring the gritty sounds of the deep South to Southwell and his band will feature acclaimed blues and boogie pianist Bob Hall.  Also on Thursday, while Johnny Dickinson might hail from Morpeth rather than Baton Rouge, he’s rightly regarded as one of Britain’s best blues and slide guitarists.  Having recovered from serious illness, this is a great opportunity to enjoy a rare talent.