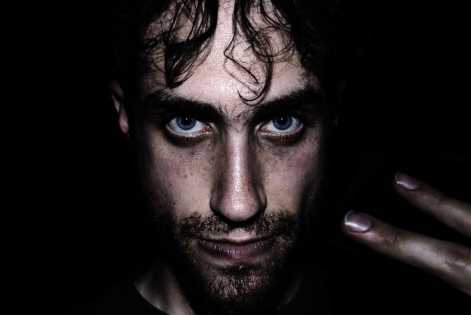 We’re properly chuffed that Beardyman, one of our bestest Bestival friends, will be returning this year to dazzle and delight one and all with his mind-blowing vocal trickery

Excitement is reaching fever pitch in the Bestival bunker with things now up and running at Robin Hill Country Park as our 2012 site comes alive with the first structures taking shape! With 21 days to go until we open the gates we can reveal some of the last amazing acts who will be joining this year’s bill across more than 20 stages to keep you on your toes throughout the weekend, plus we have news of comedy giant Ruby Wax shining a light on a social taboo and a very special guest.

Rob da Bank says: “Well, we're nearly there folks. Three weeks to go and already Robin Hill and Combley Farm are buzzing with diggers, lorries, fence builders, set makers and arty type people wandering about with pencils waving at imaginary structures. I’m very, very excited. In other news we have some amazing latest and, quite possibly last, additions to the line-up. Zane Lowe and Beardyman have both grown up with Bestival having played nearly every one and most of the stages. I’m honoured to have them both back. JJ Doom is one of the most exciting collaborations in recent years for hip-hop and we have the amazing Valerie June who’s gonna knock your socks off and King Charles who has been one of my ones to watch for a few years now. Finally he’s coming to Bestival! Hope you are too… The last tickets are about to go!”

We’re properly chuffed that Beardyman, one of our bestest Bestival friends, will be returning this year to dazzle and delight one and all with his mind-blowing vocal trickery. Gallantly coming on board in the wake of Frank Ocean’s unfortunate cancellation, Beardyman is one of the most exciting live acts to have ever graced our stages, so make sure you catch him. And, just to build up the excitement a bit more, check out his 2011 Bestival appearance here.

We’ve been trying to get him to come back all year and, after juggling his diary just for us, we’re as pleased as punch that one of our favourite DJs, Zane Lowe, is able to make it to Bestival 2012 to play on the opening day to vibe up the crowd like only he can! One of BBC Radio 1’s best loved spinners, Zane knows how to pack a punch on the decks, effortlessly taking a crowd to fever pitch!

We’re very proud to announce that Rizlab is working with JJ DOOM at Bestival for Rizlab Project 4. JJ DOOM (Jneiro Jarel and DOOM) will deliver a world first debut performance of new material on Friday night at the RizLab stage. In the RizLab tradition they will be delivering their own musical experiment with an intimate hi-tech festival first that will see everyone in the crowd ‘DOOM-ED’. Full details of the JJ Doom RizLab project will be announced shortly but, until then, enjoy an exclusive first play of ‘Rhymin’ Slang’ from the forthcoming JJ DOOM album ‘Key To The Kuffs’ by clicking here.

And there will be more live love and shenanigans from coiffured dandy King Charles, boundary smasher Random Impulse, who has been known to leave his audiences amazed and ecstatic, psychedelic groove purveyors, The Time & Space Machine and we’ll be blessed with magnetic southern American charm courtesy of Valerie June.  Chap hop extraordinaire will come from the one and only Mr B The Gentleman Rhymer, there will be classic acid house reinterpreted in an acoustic style from the Balearic Folk Orchestra, Brooklyn boy/girl electro pop from MS MR and 5-piece shoe-groove behemoth Daytona Lights will be bringing their unique modern twist to 80's melody. And we will also have appearances from Bruno Charles, Isaac Danquah, Rosie Curling and Southern Man.

One of the things we’re especially excited about this year is that Platform One, an independent, not-for-profits youth arts organisation specialising in arts initiatives and training opportunities for young people on the Isle of Wight, will be joining us for a bit of a knees up. Not only that but they’re bringing some of the finest examples of the bands that have benefitted from their programmes, including Signals, The Bear Attack Club, In Motion, Stu Collins, The Sessions and Diminished.

But that’s not all, as we have lots more top kiddies joining our rather splendid array of selectors including Rinse’s hip hop and off beat king Alexander Nut, mind-expanding beat shamen Psychemagik, rave breaks don Slipmatt and indie colossus Propaganda feat DJ Dan. And there are plenty more dudes on a dancefloor smashing mission including, Dick & Dom (Rip It Up) DJ Set, Johnno's Bugged Out Mix, Across The Tracks, Bad Zuke, Tom Headfunk, Paddy Freeform, Pete Callard, The Dudes, The March Hare and The Playground Syndicate.

For those in search of a cerebral hit in our party paradise can look no further than the brilliant RSA who will present a very special event on the Amphitheatre Stage with the legendary Ruby Wax, who is…Out of Her Mind.

A very long time ago it wouldn’t have been wise to admit to being a witch. Or later; a woman with a sexual appetite.  Not so very long ago, you couldn't say you were gay.  Then you couldn't talk about suffering from the big 'C'  word.  Mental illness is the last, most pernicious taboo, and it is high time it went the way of the others. One of Britain’s best-loved comedians, writers, and mental health campaigners blasts into Bestival to open up and shake us out of this last, lingering taboo. So grab a coffee and join Ruby and the RSA for a chance to listen, learn, debate and discuss. Flex your mind muscle and get enlightened!

Finally, it wouldn’t really be Bestival without him, so we’re buzzing that Howard Marks will be heading across the Solent once again to join us for the party. One of the UK’s best loved raconteurs, just being in Howard’s presence is a joy and we are very lucky indeed!