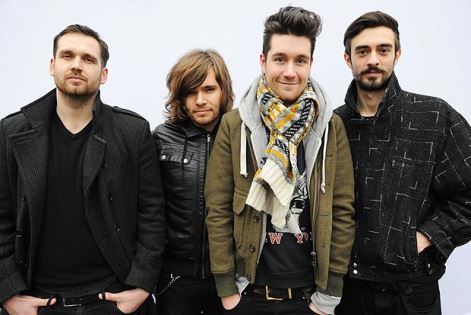 Jersey Live Festival returns this summer, supported for the 8th year by headline sponsors JT, for its 10th anniversary event.

This year celebrates a decade of events that has seen the likes of Noel Gallagher, Kasabian, Plan B, Paul Weller, Dizzee Rascal and many more grace the shores of Jersey for the 10,000 capacity festival, and following the recent announcements of legendary dance producer Fatboy Slim and Example as the festival’s Main Stage headliners, we are delighted to announce that anthemic indie sensations Bastille will join the festival bill, performing on Sunday 1st September.
The London band may have only formed under three years ago, but their recent rise to fame has been a steep one, with their February single ‘Pompeii’ released to huge demand, peaking at number two in the singles charts and their debut album Bad Blood rocketing straight to top of the UK album charts upon its release in March. Comprised of singer and songwriter Dan Smith, keyboardist Kyle Simmons, bassist Will Farquarson and drummer Chris Wood, Bastille formed in 2010 and have since toured with Emeli Sande and Two Door Cinema Club, and performed at festivals including Reading and Glastonbury. Their richly textured, blissfully melancholic and electronic-tinged rock is at once rapturously anthemic – drawing comparisons the likes of Coldplay – whilst straying away from being anything like formulaic. Their rise seems set to continue throughout 2013, with them joining Muse as support on their “2nd Law” stadium tour this summer, and their own recently announced autumn tour selling out instantly – including two dates at the 5,000 capacity Brixton o2 Academy that sold out in just EIGHT minutes.