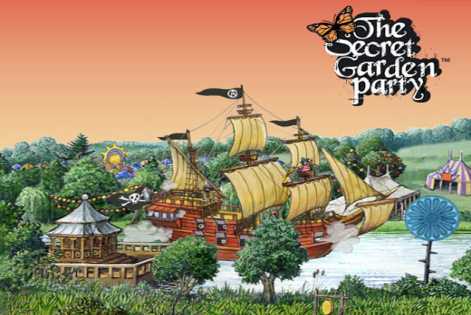 All tickets for the Secret Garden Party 2012 have now officially SOLD OUT. It is the fastest-selling year ever for the event, which celebrates its 10th Birthday this summer.

Head Gardener, Fred Fellowes comments:
‘We are thrilled to sell out in April for our 10th Birthday. It’s the fastest-selling ever, which is incredible given the current financial climate. A big hug and thanks to all our Gardeners; here’s to the best SGP ever.  For those who are disappointed and can no longer get tickets we have taken the creative side of SGP to Glade Festival and Wilderness this year so be sure to check those out. Glade is an electronic dance event that has the added value of the SGP imagination and attention to detail with favourites such as the Dance Off, Theatre, great food, Glasto’s Rabbit Hole and an amazing underground dancefloor in the woods. And for the more culturally inclined, Wilderness also has the SGP touch, with such offerings as the Secret Forum, long table Michelin banquets, fantastic live music, theatre and kids’ villages.’
From humble beginnings in 2004, the Secret Garden Party’s appeal has grown organically over the years; its ethos of fun, friendliness and participation connecting to a new generation of festival goers. It has remained proudly independent and non-corporate in its outlook - a festival of the arts where everyone is the artist.
During that time over 34,000 performers, musicians, stall-holders and 13,500 volunteers have helped contribute to its success.