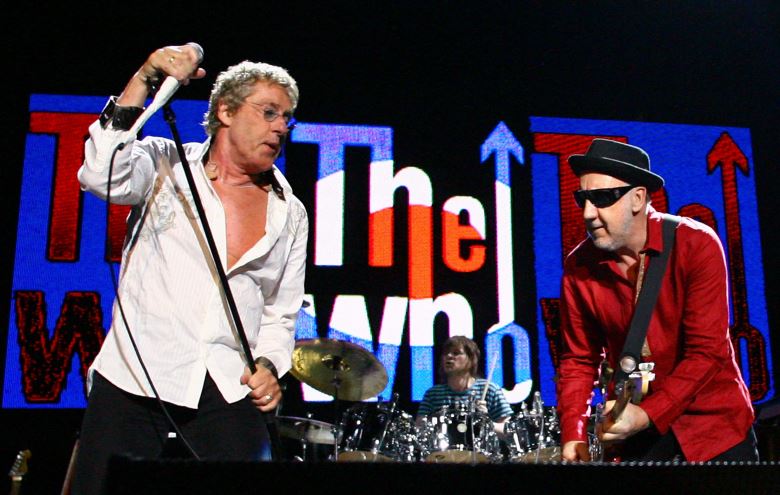 British rock icons The Who are heading back to Seaclose Park on the Isle of Wight for the fourth time in the band’s history to headline The Isle of Wight Festival, it was announced today.

Roger Daltrey, Pete Townshend and their live band, which includes Zak Starkey, Pino Palladino and Simon Townshend, will be bringing their globally successful Hits 50! tour to the island for their only UK festival performance of 2016
on Saturday 11th June, with a spectacular live show resplendent with hits including ‘Won’t Get Fooled Again’, ‘Baba O’Reilly’, ‘The Seeker’, ‘Pinball Wizard’, ‘Who Are You’ and ‘My Generation.’

The band first played The Isle of Wight Festival in 1969 and 1970 (the latter was immortalised in Murray Lerner’s well known ‘Message to Love’ documentary film), and then again in 2004 – the same year that David Bowie also headlined, his last ever UK live performance. Richard Ashcroftis confirmed as special guest to The Who on the day, performing tracks from his new solo album ‘These People’.

Festival boss John Giddings says: “The Who are part of the fabric of The Isle of Wight Festival, and it’s great to welcome them back to the island as part of their ongoing 50th anniversary celebrations. We’re proud to have a line up of home-grown headliners to help celebrate our own 15th anniversary and ensure that this year delivers yet another unforgettable weekend of music.”

The Who and Richard Ashcroft join a ‘Best of British’ line up which includes headliners Queen + Adam Lambert, Stereophonics and Faithless, on what is the same weekend as the Queen’s 90th birthday.

The Who have sold over 100 million records since forming in 1964; they brought together four different personalities and in effect produced a musical hurricane.  Each of them was a pioneer. Wildman drummer Keith Moon beat his kit with a chaotic elegance; stoic bassist John Entwistle held down the center with the melodic virtuosity of a solo guitarist; raging intellectual Pete Townshend punctuated the epic universality of his songs with the windmill slamming of his fingers across his guitar strings; and Roger Daltrey roared above it all with an impossibly virile macho swagger. They exploded conventional rhythm and blues structures, challenged pop music conventions, and redefined what was possible on stage, in the recording studio, and on vinyl. Deep into their 50th year, the band is still going strong, winning rave reviews.

Richrd Ashcroft is set to release his fourth solo album ‘These People’ in May, marking his first new album in six years. The BRIT and Ivor Novello winning artist was frontman of The Verve during the 90’s, producing hits such as ‘Bittersweet Symphony’ and ‘The Drugs Don’t Work’, before becoming a successful solo act in his own right – his first solo single ‘A Song For The Lovers’ peaked at No. 3 in the UK singles charts with the album ‘Alone With Everybody’ going to No. 1.

Isle of Wight Festival 2016 The Who