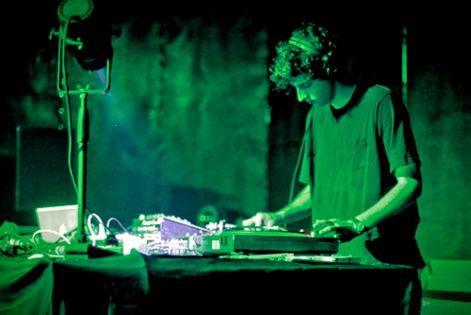 Field Day announce further artists for their 2011 festival.  After the sun drenched success of last years show the Field Day team vowed to pull together their finest bill yet and these artists add yet another dimension to what is already being lauded as the most creative line up of the summer festivals.

Confirmed artist Jamie xx, producer, remixer and one third of Mercury Music Prize winning band, The xx.  The hottest producer in town, admired for recent work with Gil Scott Heron, Adele and Florence and the Machine his DIY sound is now just a popular as the shiny sheen on modern pop.
An exceptional talent, James Blake’s dub step, r n’ b and hip hop sampling exercises and plaintive piano tracks have made his eponymous debut album the soundtrack to the summer.  His intelligent recasting of urban music has marked him out as the perfect modern pop star and Field Day welcomes him for live performance to this leafy corner of east London.

Detroit House producer and dance music legend Carl Craig is a very special guest at this year’s festival and he has promised to deliver a very special and exclusive set.  Field Day can’t reveal any more about this yet but they will and you will be excited!

Other artists confirmed are Warpaint, Faust, Anna Calvi, SBTRKT, Casper C, Eat Your Own Ears DJ's and many more here.

With more artists to be announced as well as details of the Village Mentality area Field Day raises the bar once again in its quest to bring you the very best in sonic entertainment.

Field Day is a one day festival that takes place in London on August 6Th.