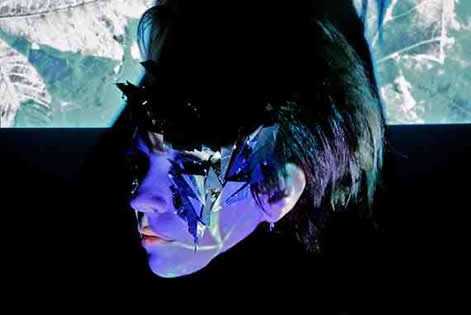 Sylver Tongue and Get People will be playing at White Heat next Tuesday 21st February. This will be Sylver Tongue's first London show.

All musicians are, to a certain extent, influenced by others. For many, simply recreating the music they love is enough. But for some, influences are used to inspire, as a direction rather than a destination. Sylver Tongue belongs to the latter category. Listen carefully to Sylver Tongue’s Hook You Up and its seductive groove and addictive melody.

Sylver Tongue takes her influences to create something memorable and original, this is music that’s made to last. Sylver Tongue is committed to making timeless songs, with a majesty that’s hard to find but impossible to resist. It’s this original talent that has attracted such like-minded, high-calibre artists as producer and award winning remixer James Rutledge (Fever Ray/Everything Everything) to collaborate with her.

More names will be revealed in the coming months as more songs are released, showcasing the versatility and dedication of this extraordinary new artist and live shows to be announced for late Jan/early Feb 2012. But for now, open your ears and your heart to Sylver Tongue’s Hook You Up.


Following the release of their Rain Tears EP, a busy summer of festivals and tours with the likes of Crystal Fighters and Metronomy, Get People release free download 'Macaw', off their forthcoming EP, out early next year.

Macaw is a taster of the band's evolution, taking the underground ethos a little further. It blends perfectly various electronic genres with deep pop hooks, creating an intelligent, escapist sound-scape, which reflects the band's ideals on togetherness and a shared journey from urban life.

Published on 17 February 2012 by Wayne Feltham