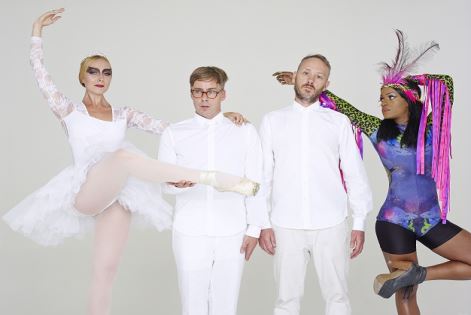 Standon Calling returns to its stunning country manor grounds for a tenth anniversary that promises to excite and delight. Headlining the illustrious Sunday night slot, Basement Jaxx are unveiled to perform at the 10th outing!

Whether taking a dip in Standon’s famous outdoor heated swimming pool, partaking in the annual (hilarious) dog show, join the Carnivale procession armed in fancy dress or dancing till dawn in the cowshed, Standon Calling has earned its place as the perfect place for friends, families and all manner of folk to enjoy a truly wonderful three-day experience. Taking place 31st July to 2nd August, very limited early bird tickets are available at £97 and tier 1 tickets expected to go on sale any day from standon-calling.com priced at just £117.
After two sell-out years Standon Calling returns for a tenth birthday celebration like no other. One of the most intimate festivals of the summer, Standon has always punched above its weight by securing the biggest acts around and 2015 will be no different. Fresh from their recent Grammy nomination for Never Never, electronic music heavyweights Basement Jaxx are the first act to be revealed for the festival. Known for their incredible live performances and hot off their recent tour, Grammy Award nomination and Guardian citing as at the 'live peak of their career’, the spectacular show featuring costume changes and incredible dancers will close Standon Calling in true style on the Sunday evening.
Speaking about today's announcement Felix of Basement Jaxx said: "It's great to end the year with a Grammy nomination and our tour finale at the O2 in London. Looking forward to 2015, we're excited to announce a headline slot at the brilliant Standon Calling festival on Sunday August 2nd".
Standon Calling will celebrate its 10th birthday in 2015. What started as a birthday BBQ and DJs with a handful of friends has become the perfect summer escape for festival-goers, offering renowned and upcoming acts, art, comedy, fancy dress and of course its own heated outdoor swimming pool. Next year will see an innovative new day-to-night programme that will see the festival embrace its dual persona of packed out fun for all by day and then more mischievous side as a myriad of hedonistic surprises are unveiled for when the sun goes down.
A very small number of early bird tickets tickets are available at £97 and tier 1 tickets for Standon Calling 2015 are expected to go on sale any day from £117 from www.standon-calling.com with discounts available for group bookings.