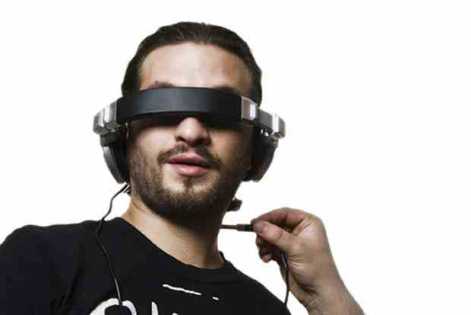 Colours are very proud to present the biggest Scottish solo show to date for one of dance music’s most talented DJs/producers.  Yes ladies & gentlemen we are very proud to announce that the one & only STEVE ANGELLO will bring his SIZE MATTERS brand to The Royal Highland Centre, Ingliston, Edinburgh on Friday 19th October.

This show plans to be something that you’ve never seen before in Scotland, with a massive 5,000 capacity it’s set to be a massive stage, sound, light and laser extravaganza.  Of course a Size Matters event wouldn’t be complete without support from some of the label’s strongest artists and that’s what you’ll be getting this October.  Joining Steve Angello on the bill are Third Party, Qulinez and Wayne & Woods; which makes this an electronic music lovers dream all rolled into one night.  Special guest Cedric Gervais will also make his Scottish debut at the show, making this one even more special.

The word icon is liberally tossed around the modern music industry. But casually dressed and exceedingly loyal to his vocation, familial House veteran Steve Angello has encapsulated those values with more persuasive vigour than the vast majority of his long serving peers. Never one to hinder under the weight of tribulation, his legacy can be found as comfortably cramming the venues once unfathomable to Electronic Dance Music as it does the Beatport charts with essential new talent. Passion may have seen him pioneer the Stockholm underground, but innovation has seen him join the ranks of luminary mafia man.  You may not know it right now, but somewhere along the lines you have heard the sounds of volatile Swedish don Steve Angello. From the billboard charts to the club floor, his heartfelt diligence and workhorse studio ethics have placed him firmly at the top of his game, while his part as one third of Europe’s most prevalent House assets to date is certainly a royal feather in his already well-plumaged cap.

The support on this show reads like a who’s who of current and future superstars of electronic music.  Size Records release tunes that can only be described as ‘dirty beats’ and the best don’t get any dirtier than Third Party, Qulinez and Wayne & Woods.

Third Party –
Despite their familiar Progressive appeal, Third Party remain a force to be reckoned with amid a musical revolution to which they have contributed considerably. Taking on Electronic luminaries Cicada for ‘Feel’ and making the familiar reverie of Red Hot Chilli Pepper’s ‘Otherside’ their own with a game changing remix, further remix duties for Swedish House Mafia’s ‘Save The World’ as well as Steve Angello & Alex Metric’s ‘Open Your Eyes’ have established them as an outfit of wide ranging ambition and unlimited capabilities to match it.

Qulinez –
Alexander Lager and Johannes Gustafsson, two childhood friends hailing from Varberg, Sweden have been producing tracks together since early 2006. In 2011, they began producing tracks for a project called “Qulinez”, and sent a demo straight to Steve Angello at Size Records, who took an immediate and avid interest in the talented young producers. In their up and coming release “Troll,” the Swedish duo mix a contagious melodious build up into a typical Swedish House rhythm followed by a dirty Dutch bass drop. Played by Alesso, Cazzette, Hardwell, Tiesto, David Guetta, Sander van Doorn, Sebastian Ingrosso, Steve Angello, Axwell and the whole Swedish House Mafia following their monumental show at Madison Square Garden

Wayne & Woods –
Wayne & Woods (aka Iman Gilani and Simon Widman) met at school in Solna just outside Stockholm, Sweden, where they now both live and spend most of their time making music. The two young producers was signed by the Swedish House Mafia titan Steve Angello to his Size Records.

Plus Special Guest CEDRIC GERVAIS –
Cedric Gervais has had an extraordinary life. As a young teenager, Cedric, who is originally from Marseilles, headed to St Tropez. There he got a summer residency at the famed Papa Gaio club. He was only 14 years old, not even legally old enough to party with the people he played for. This quickly turned into a residency at Paris’ Queen club. Knowing the only path for him was music, Cedric pleaded with his father to take him out of school so he could concentrate on DJing. So onto 2012 and Cedric’s latest smash looks set to be his biggest yet. ‘Molly’ is a love story about a girl in the form of a club-smash. Madonna announced the track on stage at Ultra Festival and it became the soundtrack to 2012 WMC, Pete Tong loved it so much he played it 5 times consecutively on air making it his Essential new tune, it then became Radio One's Scott Mills Record of the Week and stayed on its play list for weeks.

Published on 16 September 2012 by Wayne Feltham