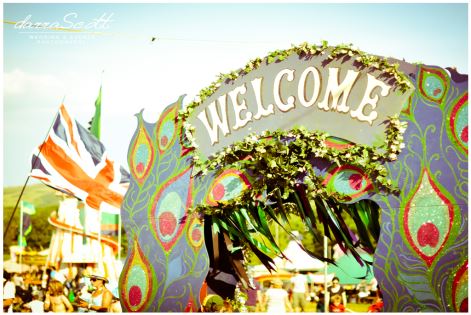 Dates for Camp Bestival 2014 are confirmed as Thursday 31st July to Sunday 3rd August, 2014. Early Bird tickets are on sale now with our innovative weekly payment plan available for people to buy tickets.

Well, what can we say? Camp Bestival 2013 was another utterly awesome festi-holiday frolic. We had four days of sunshine and fun with awe-inspiring sets from Richard Hawley, Levellers, Labrinth, Grandmaster Flash, Introducing’s Daft Punk extravaganza, Sasha, Gabrielle Aplin’s secret gig, David Rodigan’s Ram Jam, DJ Yoda, The Cuban Brothers and more, the crowds were singing and dancing all weekend long. And with another legendary performance from Mr Tumble, japes aplenty from Dick n Dom, Disney World Record attempts, Horrible Histories, the utterly stunning Erth’s Dinosaur Zoo, the kids were knocked off their feet!  And that’s not to mention a whole list of highlights like the Black Eagles Circus, The Young British Foodies, Jo Whiley, Charlie Brooks interviewed by Sara Cox, the Story Den in the Dingly Dell, the Freesports Park, Dance Space and Art Town, the Soul Park and so much other amazing stuff, we packed in more than ever this year and had such a brilliant time. We hope you did too!
Rob da Bank says: “Wow what a year…sun, fun and our best crowd yet in a 4 day technicolour knees up. Thanks to all the crew, artists and mostly you lovely lot for creating such a spectacle. So, to 2014 and I've already got some great acts in the bag and even more action planned for all ages so get in early and see you in 12 months!”
Now that Camp Bestival 2013 is over, we’re already looking ahead to 2014 (July 31st to Aug 3rd, 2014) and how we can make things even better and so much more fun! So if you had as good a time as us, then you’ll be pleased to hear that Camp Bestival 2014 Early Bird Tickets are on sale now! Available at special Early Bird prices for a limited time, you’re going to have to be quick to snap them up! Tickets are available from Ticketline and will also be available on our innovative Weekly Payment Plan so you can choose to pay for your tickets in one go, or split the total cost over 34 or 36 weekly payments:
We’re pleased to announce that we will be once again be offering our 34 week payment plan for Friday entry weekend tickets and a 36 week payment plan for Thursday entry weekend tickets which means that an adult ticket can now be bought at a payment of £5 per week over 34 or 36 weekly payments. Once you have signed up to the payment plan, which basically means giving your agreement by ticking the bank mandate form on Ticketline’s website, we will automatically debit your card on a weekly basis. NB: Booking fees will be charged with your initial transaction.