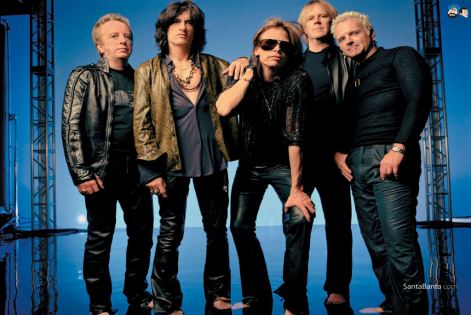 In a rare triumph the sun kept the rain at bay for the majority of the three show days, allowing tens of thousands of rock fans to swap the wellies for the sun cream and the rain poncho for the sleeveless t-shirt.
Friday’s highlights included a devastating electronicore onslaught from Donington first-timers, Crossfaith, an amazing thumbs-up tribute to fallen brother Stephen Sutton and a blistering Newport Helicopter from Skindred, before Avenged Sevenfold blazed through an imperious debut as mainstage headliners, cementing their reputation among the most epic live musicians on the planet.
Saturday kicked off with two of Download’s shortest ever sets from the weekend’s resident mystery men Iceman Thesis - whose identity remained the topic of much campsite conjecture for the rest of the weekend – before thunderous main stage performances from Killswitch Engage, a beefed-up but no less melodic Fall Out Boy, and a historic, note-perfect rendition of their seminal Hybrid Theory from Linkin Park.
Sunday was the day of the guitar gods on the Stephen Sutton Stage, as such legendary axemen as Richie Sambora and Joe Bonamassa, preceded the comic-glam-metal brilliance of Steel Panther and an utterly irrepressible, extra-terrestrial headlining performance from the world’s biggest rock band Aerosmith, with Steven Tyler at his absolute mic-stand twirling, camera-licking best.
Many of these extraordinary performances took place at the Mecca of rock music that is the Download main stage, flanked by the breath taking Download totems, while the new and improved onsite facilities proved an instant hit with festivalgoers, who were delighted by the most delicious food, the best bars, the coolest chill-out areas and the cleanest toilets of any festival around.
But for those who are already missing the irreplaceable energy of Download, fear not! Download will return even bigger and even better next year from June 12-14.
And you can start planning your trip to Donington already as Early Bird Tickets for Download 2015 go on sale at 9am today MONDAY 16 JUNE 2014 for a limited time only.