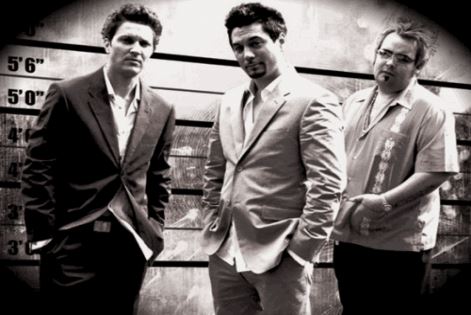 They will be joined by legendary genre-crossing DJ/producer Eddy Temple-Morris and a techno lover’s dream collaboration in Dense & Pika over on the Garden Stage for what is proving to be a Nozstock lineup of monster proportions.
These additions will be welcomed to the prehistorically themed Jurassic Farm this summer alongside hip-hop legend Roots Manuva, funk-rock revolutionaries The Heavy, tech-house behemoth James Zabiela, dub-rockers The Skints and the legendary Andy C, who will be bringing his whole crew for a RAM Records takeover of the Cubicles on the Saturday night to get the fans roaring with excitement.
Further acts announced include dub/reggae mixers and Fun Lovin’ Criminals side project Radio Riddler, folk/hip-hop fusers Dizraeli and the Small Gods (trust us, the combination works), indelible nine-piece Manchester hip-hop tribe The Mouse Outfit ft. Dr. Syntax and Sparkz and eternal fun providers Tako Lako, returning after their outstanding set that brought out the sun at Nozstock last year, making everyone lose their inhibitions, caveman style.
This year, the Bandstand will be full of experimental musical discoveries from the likes of The Knights Project, Pip and the Polar Bears, The Mourning Suns, Immi Grant, Low Cost Life, and The Captain’s Daughter. Elsewhere, SIKA Studios will also be stomping their T-Rex sized footprints all over The Bullpen, bringing with them the best in fresh hip-hop talent including Split Prophets, showcases from High Focus and Off Me Nuts Records, RLD Records, Skuff and Inja, Devilman D.E.Velopment, Traumatik and Defenders of Style.
Entering its 16th year this summer, Nozstock is a family-run festival on a beautiful working farm in the heart of the Herefordshire countryside. The three-day festival offers a broad spectrum of live music, DJs, arts, comedy, workshops, cinema and performance theatre in a sublime setting, flowing from family-friendly by day, to party by night – over various locations across the farm.
Nozstock will take place on the 1st – 3rd August and will take festival-goers back in time to a prehistoric world of creepy creatures and fearsome beasts, as they enter the Jurassic Farm.