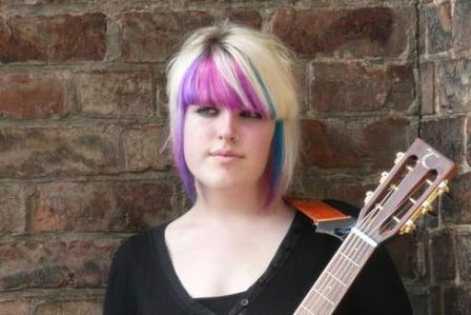 Bristol Folk Festival has finalised a bumper Bank Holiday weekend line-up (May 5-7)-for its second “undercover” outing at one of the city’s flagship venues, the Colston Hall - whilst its separate ticket Newton Faulkner concert at the O2 Academy has now sold out.
The festival - which returned with aplomb last year after an incredible 32 year absence - is jam-packed with some of the leading acoustic roots acts from the West Country and all over the UK, including newly-crowned BBC Radio 2 Folk Awards “Best Emerging Act” winner, Lucy Ward
Opening headliners are Show of Hands, hotfoot from their fourth Royal Albert Hall appearance celebrating their landmark 20th year.
They will be joined in their Saturday evening session by U.S. guitar ace Rodney Branigan (a man who can play two guitars at once!) and award-winning Scottish singer songwriter Karine Polwart.
Sunday’s headliner is Irish songstress and triple BBC Radio 2 Folk Award winner Cara Dillon while the towering and tribal Afro Celt Sound System have been announced as Bank Holiday Monday bill-toppers, in what is likely to be their only UK festival appearance this summer. Across at the 02 Academy on May 5, the red-dreadlocked Brit-nominated Newton Faulkner will perform a sold-out concert as a new diversion for the festival.
Among the final wave of artists to be announced is Essex “boy band” Mawkin. Following their collaboration with singer Jim Causley, Mawkin have re-emerged as a new five-piece line-up headed by brothers James and David Delarre , a bold new sound and an album Crow due out in April.
Cardiff singer songwriter Amy Wadge will appear at Bristol on Bank Holiday Monday. Amy is known for her collaboration with man of the moment Ed Sheeran, Best Male Artist and Best British Breakthrough Act at the Brits. Sheeran’s EP Songs I Wrote with Amy – a collection of love songs – stayed six months in the iTunes Top 10 whilst she co-wrote Goldrush on his debut album which reached No 1 in the official UK album charts. At Bristol Amy teams up with Liverpool songwriter Pete Riley.
They are one of a proliferation of top duos appearing at the festival including Miranda Sykes & Rex Preston, Sam Sweeney & Hannah James, Katriona Gilmore & Jamie Roberts, Sam Sweeney & Hannah James, Dan Walsh & Will Pound, Duotone (Barney Morse-Brown and James Garrett) and Belinda O’Hooley and Heidi Tidow, new winners of the 2012 Spiral Awards “Best Duo” title.
Also announced are Maggie Boyle and her songs steeped in the Irish tradition, together with Paul Downes and ex Waking the Witch band members Patsy Matheson and Becky Mills with their spellbinding songs and harmonies. Matheson has been garnering great reviews for her new album Songs of Angels and Guitars.
Scotland’s Ewan McLennan, winner of the 2011 BBC Radio 2 Folk Awards Horizon Award will appear on the Saturday as well as folk singer and concertina player Steve Turner,  Joe Tilston , son of legendary guitarist and songwriter Steve Tilston, 16 year-old singer songwriting phenomenon Luke Jackson and Bellowhead’s exuberant multi-instrumentalist Benji Kirkpatrick.
Another welcome addition is Rory McLeod, a man known for juggling many hats – from circus clowning and fire-eating to singing, songwriting, poetry and storytelling! Popular Rory, who appeared in the “All Along the Wall” multi-artist songwriting project celebrating Hadrian’s Wall, will appear with his band The Familiar Strangers.