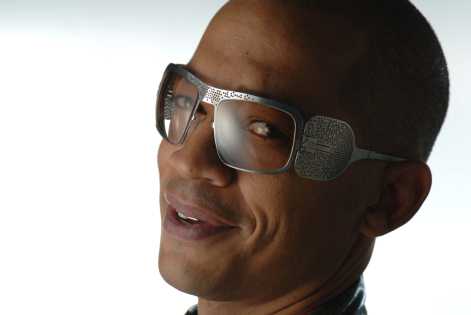 From Rap to Rave, Base to Blues and Folk to Funk, this year’s eclectic line-up includes the mighty LTJ Bukem, mercury prize winner Speech Debelle, the legendary Lamb and the prolific Fink.

Meadowlands festival are excited to announce the initial line-up for this year’s festival, which is taking place in Glynde, East Sussex from the 1st – 3rd June 2012.
LTJ Bukem
The God father of drum and base- LTJ Bukem whose 4 hour set will take people from the birth of the acid-house rave scene to banging break beats and dirty drum and bass.
Bukem (AKA Danny Williamson) who’s career spans over 20 years is a classically trained pianist, producer, club owner, record label entrepreneur and of course revolutionary DJ. His debut album released in 2000 was described by NME as “Bukems’ decision to take drum'n'bass as a starting point and venture beyond its margins has kept him ahead of the curve”.
Speech Debelle
Mercury Music Prize Award 2009 winner: Speech Debelle who will be showcasing her soulful and raw new album is described by digitalspy as: “the energy and frustration of the past three years exploding onto the tapes in a cascade of energy and fast-flowing rhymes”.
Lamb
Since forming 15 years ago and playing festivals like The Big Chill and Glastonbury. Lamb, made up of Andy Barlow and Lou Rhodes will present a remarkable juxtaposition of kinetic, beat driven programming and transcendal melody.
From the established to the flourishing, they will be joined by a host of amazing and up and coming acts including: -
This Is the Kit
A Bristol and Paris based band fronted by banjo and guitar player Kate Stables. This Is the Kit are described by Cerris Mathews on her BBC 6 Music show as “Absolutely gorgeous, like an aural bath with the warm water lapping over you.”  Also, Guy Garvey on his BBC 6 music show said:“Just one of the best things I’ve heard all year, the rest of the lp’s pretty good too….wonderful wonderful stuff.”
Glass diamond
Glass diamond are a highly anticipated and innovative band who met over the internet after the vocalist (originally from Taiwan) advertised for musicians to join an electronica project.
Having appeared on BBC introducing, their Lo-fi electro illustrations and effect driven samples gives them a very distinctive sound. Described by NME’s segment: ‘5 breakthrough bands you have to hear this week’ as: “Their music sounds like what might come out of a possessed Game Boy”.
Club Nights
As well as artists, Meadowlands Festival will also feature amazing club nights from the Jazz Rooms featuring Russ Dewebury and worldwide guests, Roots Garden featuring Kenny Knots, Leroy Horns and special guests plus an eye opening fun loving night with The Pussy Cat Club.
Past Meadowlands artists such as Turin Breaks, The Correspondents, Electric Soft Parade and Morning Orchestra have proved to be popular with attendees putting Meadowlands at the forefront of cutting edge music and introducing new artists.