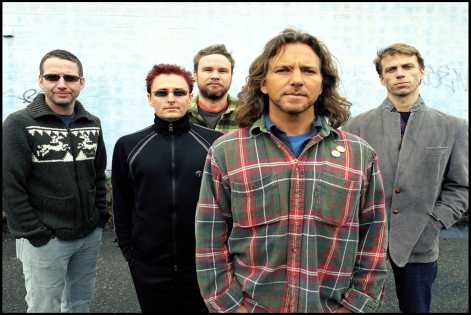 With a trilogy of American headliners on the Main Stage TOM PETTY & THE HEARTBREAKERS make their first appearance in the UK in over 20 years. PEARL JAM play their only UK Festival date & one of the world’s most influential artists, BRUCE SPRINGSTEEN.

The Isle of Wight Festival is known around the globe as one of the hottest dates on the cultural calendar, famed for being a truly remarkable celebration of eclectic music & fun in the sun. The Festival begins on 21st June 2012, the eve of the summer solstice and with such a spectacular line up, is sure to be the best party in the UK on the year’s longest day. JUNE is the start of a wave of massive summer long celebrations in the UK, so why not start the celebration in true Isle of Wight style. Join us at the Isle of Wight Festival as we get the party started!

From the minute you set foot on the beautiful Isle of Wight it’s just like the start of a holiday and the beginning of an action packed weekend. The Festival really has it all…from world famous artists to its very own beach, there really is something for everyone.

2012 will see a spectrum of artists over three stages guaranteeing yet another year of unforgettable performances at the Isle of Wight Festival.

MAIN STAGE – With a trilogy of American headliners on the Main Stage TOM PETTY & THE HEARTBREAKERS make their first appearance in the UK in over 20 years. PEARL JAM play their only UK Festival date & one of the world’s most influential artists, BRUCE SPRINGSTEEN & THE E STREET BAND close the Festival on Sunday night. As well as these legendary acts there will be host of the best of British including Noel Gallagher’s High Flying Birds, Elbow, Example, Tinie Tempah and Jessie J, plus many more…

THE BIG TOP – headlining on Friday June 22nd are the unique Groove Armada present Red Light who will bring their 4-deck, multi F-X, audiovisual DJ experience to the Festival. Taking the top spot on Saturday night are dubstep pioneers MAGNETIC MAN, then on Sunday, British glam-rockers THE DARKNESS, appearing alongside a eclectic selection of acts. So many more top names are jam-packed under one roof. Mixing things up will be Kelis, Professor Green and Wretch 32 to ensure the Big Top will be jumping all weekend.

THE GARDEN STAGE - Bursting at the seams with top talent, The Garden Stage once again plays host to some of the best up and coming artists and established acts with headline performances from CRYSTAL CASTLES, THE CHARLATANS who will be playing their iconic album TELLIN’ STORIES in full, plus more to be announced. The crème de la crème of new acts will also join Miles Kane and Best Coast for another legendary Isle of Wight Festival.

In a nutshell, here’s a look at what’s in store for 2012...Tom Petty & The Heartbreakers FIRST EVER UK Festival appearance and their first performance in the UK in over 20 years. The best of British acts with performances from Noel Gallagher’s High Flying Birds, Elbow, Tinie Tempah and many more. Award winning Jessie J will be joining the Festival for the first time. If that wasn’t enough, in and amongst performances from some of the hottest artists from around the world, the Festival sports its very own beach, so you don’t need to leave the site to enjoy the seaside experience. From our award winning campaign Give Bees a Chance and The Kinetic Playground to this year’s eco initiative Love Your Tent the Isle of Wight Festival believes in doing its thing for the environment. For the first time ever, on Friday 22nd June the Festival will host a night of the best dance acts around in the circus inspired Big Top, headlined by Groove Armada Present Red Light. From urban to dance to rock, the Isle of Wight Festival has it all. Set in the stunning setting of the Isle of Wight, this is a weekend packed full of punches. So, if you haven’t been before then come and check it out, if you have then welcome back...